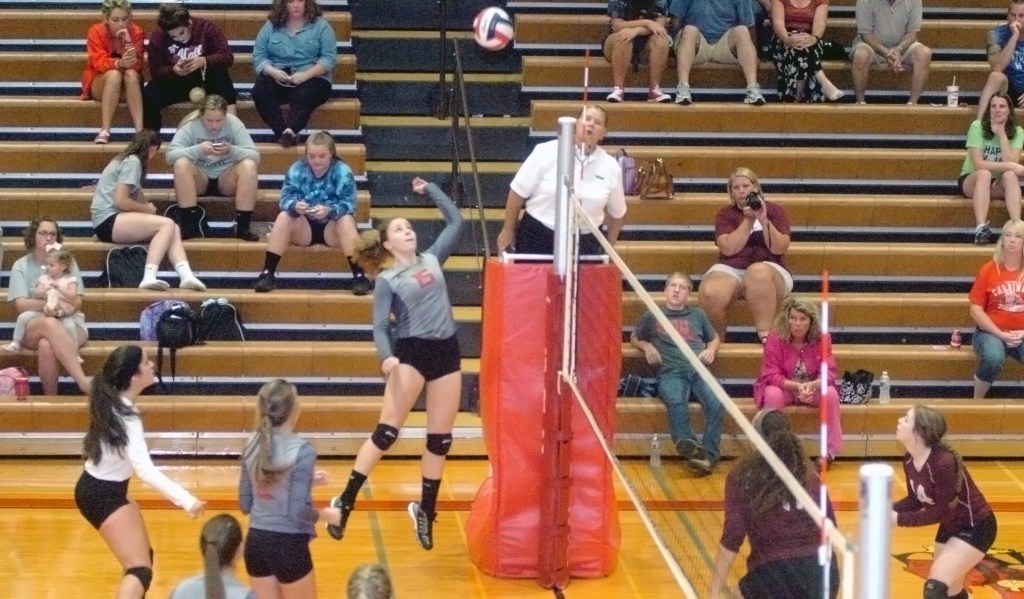 The match had plenty of ups and downs. After taking the first set rather handily, the Cardinals lost a tight 25-23 set and the Colonels won handily, 25-9, in the third set to go up two sets to one.

But the Cardinals rallied to win the next two sets, including a fifth set when they trailed 14-13 and 15-14.

GRC won two long volleys on key points in the final two sets, relying on patience and fundamentals to edge the Colonels.

“It’s what we’ve been harping on,” GRC coach Tim Koshurba said. “It’s flowing with the ball and flowing with the play and not just being stagnant. We’ve increased our defensive proficiency a lot. It’s kept us in games and gave us an opportunity to win a lot more points.”

The Cardinals also got a big lift from the frontline, finishing off points with clutch kills.

“Our outsdie hitters really carried the team tonight,” Koshurba said. “We relied on them and put things on their shoulders to get kills when we needed them. They really came through.”

The Cardinals hope to ride this momentum for their current homestand, which sees them play three more games in Winchester over the next two weeks.

“Total team win — uur seniors led and directed the traffic and set the moemntum for everyone else,” Koshurba said. “We took care of business. We’d been saying if we do our job everything else will take care of itself.”

GRC has a tough test Thursday night when the Cardinals face off against Harrison County at 7:30 p.m. The Fillies are 18-4 overall and 12-0 in 10th Region play.