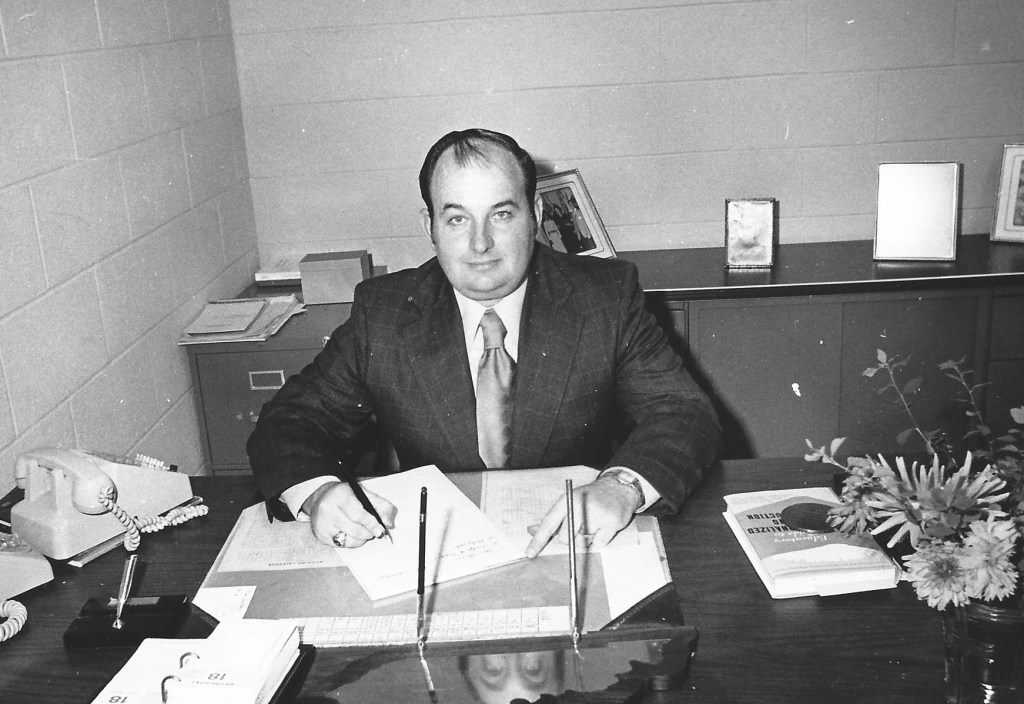 Ask anyone who knew former Clark County Schools superintendent and principal Don Pace what he was like and the answer will boil down to the same statement: he cared about kids.

Pace, 76, died Monday after a 55-year career in education.

Services for Pace will be at 2 p.m. Saturday at Conkwright Elementary School, following a visitation at the school beginning at 11 a.m.

Pace’s son, Chris Pace, said the location of the funeral is significant because his father served as the first principal for the school after it opened.

Chris Pace, along with his brother Don Jr. and sister Donna Melton, said the three of them spent much of their time as children in the school.

“I grew up in that school,” Melton said. “I knew every crack and crevice.”

Melton said she thinks it is impossible to describe her father as a parent without including his life as an educator. In fact, she said the Clark County school district was very much like an extension of the Pace family.

Retired teacher Anna Bruce Kostelnik said she felt those bonds as well. As a Clark County native, Kostelnik literally grew up with Pace, who served as the principal of her school when she was going through grade school, and was her principal and superintendent after she graduated from college and returned to the district as a teacher.

“I have been with Mr. Pace my whole life,” Kostelnik said. “And I taught his children.”

She described Pace as a very respected, very diligent but pleasant man, who held his employees to high standards but worked right alongside them every chance he got.

Kostelnik said during his time as principal, Pace would spend the end of every school day visiting every room of the school and checking the work of the teachers and staff, praising those who maintained high standards throughout the day and offering suggestions for improvement to those who he thought fell behind.

However, both his children and colleagues said Pace’s insistence on high standards was motivated by one thing: a drive to ensure the children of the district received the best education possible.

Retired district administrator Joe Jones said Pace was not afraid to put his own reputation on the line to accomplish his goal as well.

Some of Pace’s most notable accomplishments dug in his time as superintendent of Clark County Schools included the rebuilding of Trapp Elementary School after it burned down. He also oversaw the building of Clark Middle School and the George Rogers Clark football stadium.

“The thing I remember about him most was that he would make a decision, he didn’t ride the fence,” Jones said. “He was focussed on what was best for the kids. You might not have always liked his decision, but he stuck to it.”

Jones said Pace was not afraid to do what he thought was right, even in the face of political repercussions. He said that skill, as well as the frugality he became known for across the state, largely contributed to his later work seeing as interim superintendent in several other counties.

“He could make decisions that needed to be made,” Jones said.

As a family man, Chris Pace and Melton said their father was devoted to his children and grandchildren, even when he was working.

“He never missed a ball game,” Chris Pace said. “He drove me to and from football practice every day when I was little, and often times we’d stop at the old dairy queen on the bypass for a blizzard.”

“He would even go to T-ball games,” Melton added. “Because that was what was most important to him.”

Melton said Pace and his wife Betty knew what it was like to struggle, both of them coming from the mountains of Eastern Kentucky and living for a while in a trailer park trying to make ends meet.

She said when he finally got his chance, her father worked tirelessly to make sure his children and grandchildren could have whatever they needed.

“They (the grandchildren) never want for anything,” Melton said.

But time with family was important to Pace as well. Chris Pace said one year when he was running for a political office, his father took the summer off to drive him around the county campaigning.

“That was my summer with my dad,” Chris Pace said. “He stopped everything he was doing for months just to be my personal chauffeur.”

Chris Pace and Melton said their fathers’ passing came as a shock to all of them, and they will miss him dearly.

“He was a great dad and the best pappaw a kid could ever have,” Chris Pace said. “Last but not least, we loved him very, very much.”

A complete obituary for Pace can be found A2.