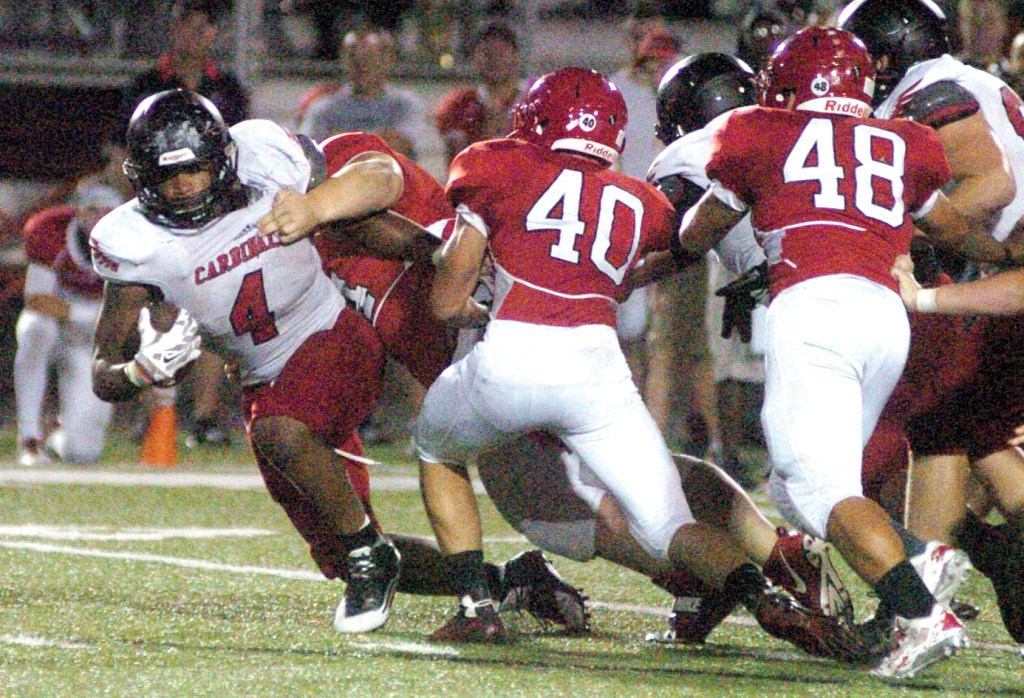 If last week’s match-up was a tall order, then this week’s is a grande for the George Rogers Clark High School football team.

The Cardinals go from facing Scott County to hosting Rype (5-0) at 7:30 p.m. Friday at Cardinal Stadium.

“They are so talented on both side sof the ball,” GRC coach Mike Riddle said. “Coach (Mike) Engler has done an outstanding job building that program. They don’t have many weaknesses in terms or personnel or schematically. We have our hands full.”

The Raiders are led by quarterback Tanner Morgan, who threw for 234 yards and a touchdown in a 38-7 win over Campbell County last week.

“He is impressive on film and does an excellent job scanning the field,” Riddle said. “He has so many talented options to throw the ball to, so he doesn’t have to rely on one guy. And the offensive line does a great job protecthing him and giving him time.”

The Cardinals will want to limit his possessions and hope to be consistent on offense and win the field position game, Riddle said.

“The defense will need to be disciplined in their zones and we have to find a way to get pressure on him,” he said.

The forecast for Friday promises a contest free of the heat of the early season, which has contibuted to more than a few plays lost because of cramps.

“We’re glad we’ll finally get some football weather and shouldn’t be fighting the heat as much,” Riddle said.