Lemon curd recipe lives up to its name 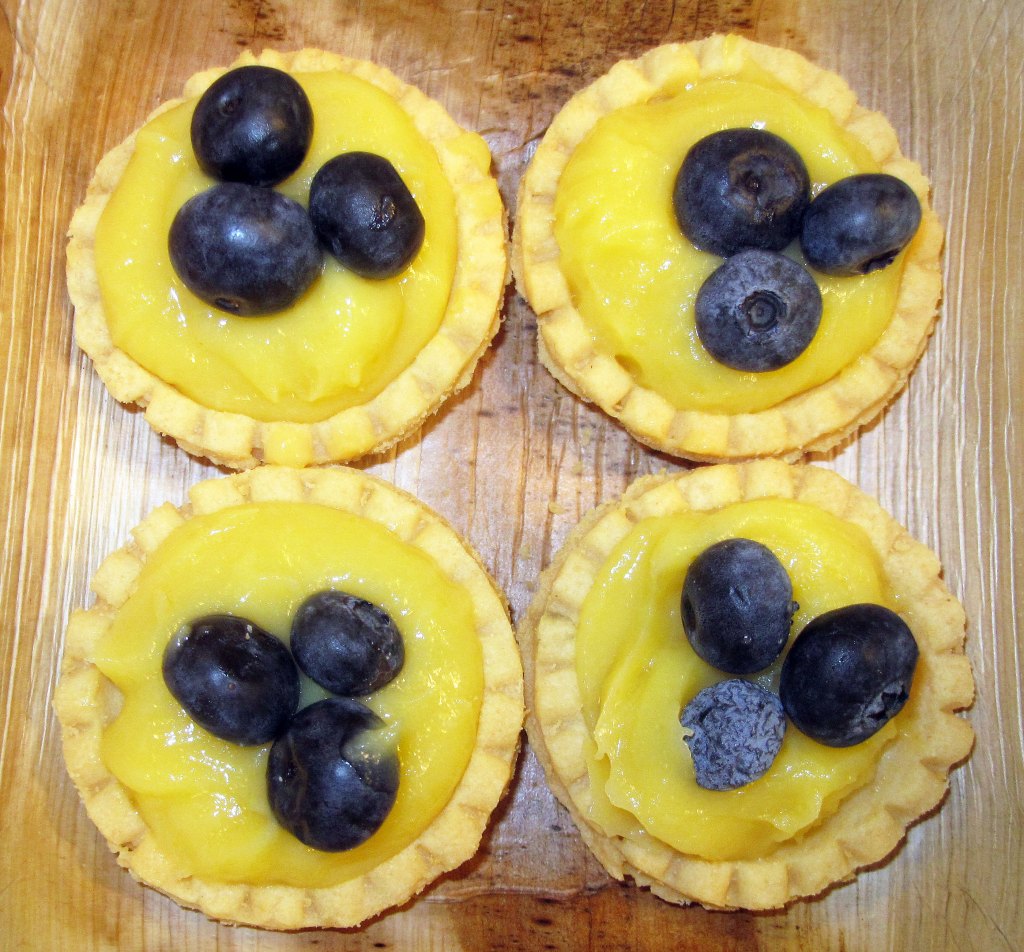 Awhile back I found some Shortbread Tartlet Shells on clearance at the grocery store and purchased a couple of boxes thinking they were cute and I could use them for something.

One day, while looking through my pile of dessert recipes I found one for “The Best Lemon Curd” and decided that would be perfect in the tiny shortbread shells.

In a small saucepan, stir together lemon zest, lemon juice, sugar and salt.Set over medium heat and cook for about 5 minutes, or until the sugar and salt have dissolved.

When the liquid on the stove is ready, slowly pour some of it into the bowl with the eggs, whisking constantly.This is called tempering the eggs.

Return the pot to the stove and add the rest of the eggs while stirring.If you don’t stir, you may curdle your eggs.

Continue to whisk constantly over medium heat for about five minutes, or until the mixture has thickened.When you drag your whisk over the top of the mixture, it should leave marks.

Pour the curd through a mesh strainer into a new bowl (or the same one, washed).Unless you are an expert curd maker, you will probably have a few solid egg pieces in there, which is totally okay. Just strain them out.

Stir the chopped butter into the lemon curd until it’s completely melted.This is a good time for a spoonful of hot lemon curd (to taste).

Press a square of plastic wrap directly on top of the lemon curd.If you just cover the bowl, you will get a film on your curd.

Refrigerate until cold, about two to four hours.It will thicken up some as it cools.

Transfer to a sealable container.Keeps for one to two weeks.

The lemon zest adds great flavor and will make it more tangy.If texture is more important to you than flavor and you are looking for a super creamy lemon curd, then leave it out.

The author of this recipe has seen similar recipes that call for up to eight tablespoons of butter.

It tastes great with four tablespoons, but she’s not going to turn down extra butter.

It was late afternoon when I decided prepare this recipe and I started out by zesting one of the lemons.I still needed more zest to equal one tablespoon so I zested about half of another lemon, still I didn’t have enough zest but decided it was good enough.

I then juiced the four lemons, which did not equal 3/4 cup of juice so I continued squeezing lemons until I had the right amount. I ended up using six lemons — I guess I wasn’t using large lemons.

I continued to follow the recipe directions and added the zest, juice, sugar and salt to a small saucepan and turned the burner on medium.

While this mixture was heating up, I cracked the eggs and separated the egg yolks and whisked them together. I made sure the eggs were thoroughly mixed. I checked on the lemon juice mixture and decided to turn up the heat to speed the process of getting that sugar dissolved. When I could tell the sugar was dissolved, I poured about 1/3  of the hot mixture into a heat resistant container and began slowly adding it to the eggs, whisking non-stop until all of the hot lemon mixture was mixed into the eggs.

Then, I slowly began adding the lemon/egg mixture to the rest of the hot lemon juice mixture, again whisking non-stop. I didn’t want the mixture to curdle nor did I want the eggs to separate. After feeling confident I’d accomplished getting the two mixtures together without incident, I put my pan back on the stove and turned the heat to medium and began whisking.

After a total of about 15 minutes, I was satisfied the curd was thick enough. I removed it from the stove and began pouring the curd through my mesh strainer. To get all of it through the strainer I had to use a rubber spatula, and low and behold there was just a little bit of egg that had not mixed in well.  I was pleasantly surprised. After adding the four tablespoons of butter and making sure it was melted and incorporated into the lemon curd, I placed a piece of plastic wrap right on top of the curd and put it in the refrigerator to cool.

By now, it was about 7:30 p.m. and I figured I’d let the mixture cool until the next day before trying it.  After a couple of hours Brad asked if the lemon stuff was ready and I said probably not, but we can check.

It had cooled quite a bit, but wasn’t really cold, but we took a little taste anyway. It sure was lemony and I decided I wanted to wait to have more when it was completely cool.

The next day I took the lemon curd out of the refrigerator, added some to each of the little shortbread tartlets I’d found on sale.

To make them pretty I, added some blueberries to the top.

Though very lemony, Brad and I thought the lemon curd was good.

I decided since my mom and my Aunt Carolyn love lemon, I’d take them some samples and get their opinions.Both my mom and my aunt had company that afternoon and ended up having to share — my brother showed up at my mom’s and she let him have one tart; my cousin Amy showed up at my Aunt’s house and was also given one tart.

Amy immediately said, “you’ve got to get that recipe now!”

You see, my aunt serves store bought lemon curd with muffins quite often so it’s one of her favorite things, and I guess Amy thought the homemade version was better.  So my Aunt Carolyn called and asked for the recipe, instead of reading it to her over the phone or making her wait until it was published in the paper, I took her a copy the next day.

Brad and I also took some of the tarts to each of our workplaces to share with friends and the lemon curd was a hit with everyone.

The recipe said the curd might not be as creamy with the lemon zest in it, but I found it to be very creamy, though next time I’ll probably not bother zesting the lemons because I think there will be enough lemon flavor without it.

You guessed it — I nailed this recipe and it’s found a spot in my self-made cookbook because I believe it is “The Best Lemon Curd.”

3 things I won’t be doing again