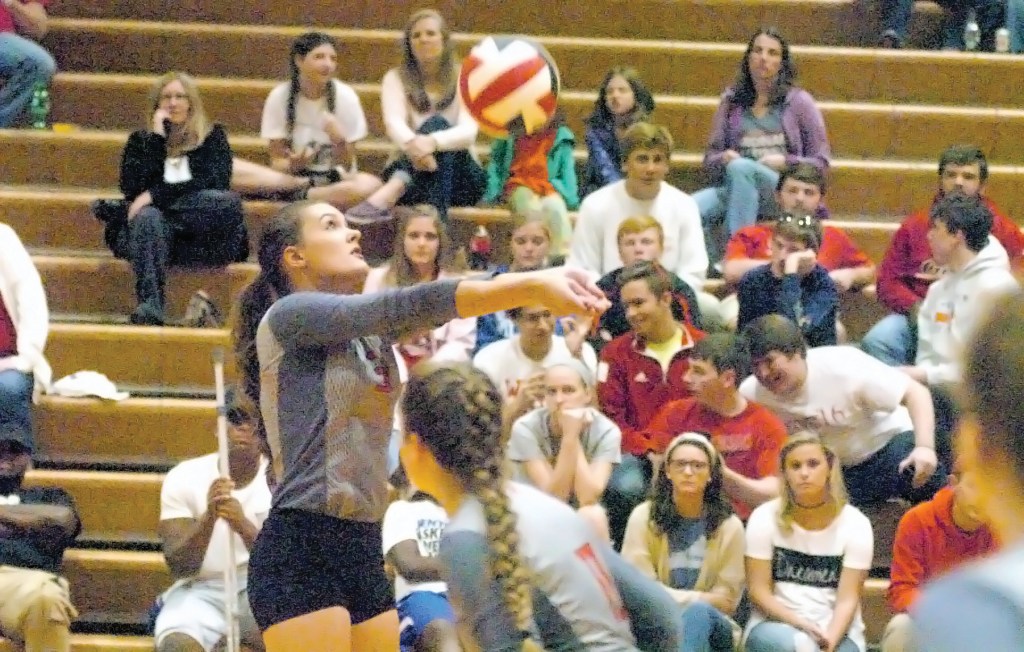 GRC's Micah Kindred passes during a game against Mount Sterling.

It would be hard to imagine a more emotionally charged game for a George Rogers Clark High School volleyball team senior than senior night against district rival Montgomery County, especially if that match goes the full five sets.

“We pretty much traded those first two games. We looked bad the first one. They looked bad the second one. You knew neither of those were the true teams,” GRC coach Tim Koshurba said. “It settled back down to just going back and forth. A few 50/50 balls didn’t go our way tonight. We just need to adjust a few things and hope they go our way next time.”

It nearly didn’t go to the fifth set, as Montgomery held a commanding lead in the fourth, up 17-10. But senior Micah Kindred stepped to the service line and helped the Cardinals to a 9-0 run.

“That was huge. That brought us back,” Koshurba said. “That gave us life we didn’t have prior to that. Without that run, it’s a shorter night.

“It’s good when they (seniors) can be in those positions. You can see where they have a little more on the line than normal for this game. They really wanted this one. It’s a shame we couldn’t get it for them.”

For Kindred, it was the end of a trip that started when fellow senior Elena Guerra coaxed her to tryouts as a freshman.

“It blossomed into this and became a sport I stuck with all four years and it’s become a love,” Kindred said. “It’s become more than that. I’ve gotten to be able to spend time with some great people.”

Kindred’s final serve of the game was short, giving Montgomery its final point in the win. While she was happy about the 9-point run, that one hurt a bit, she said.

“We’re going to lose a lot with them,” Koshurba said. “Pretty much the majority of them have been starters on varsity as long as I’ve been here. We’re losing a lot of leadership as far as setting the tone in the lockerroom and on the court. It’s going to be tough seeing them go.”

Cards pull away in rain-soaked contest