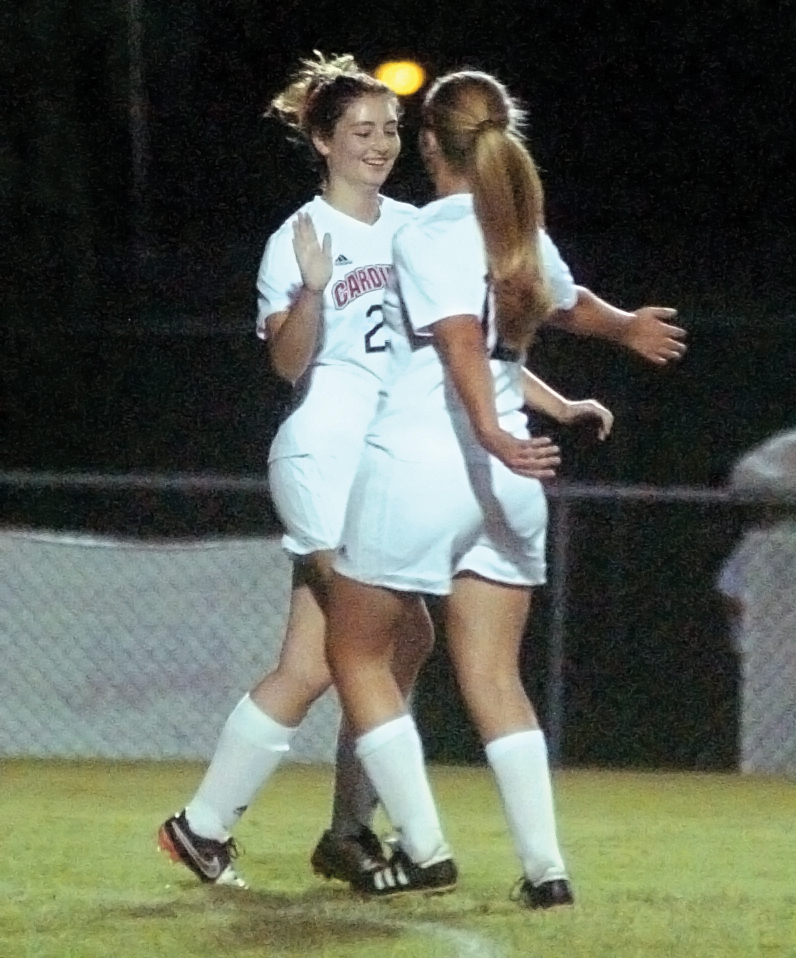 It was Honaker’s first goal on her home field.

“It was exciting, especially to score that first goal,” Honaker. “We were all pretty pumped for tonight.”

“We controlled most of the game,” GRC coach Matthew Abner said. “We worked really hard, the effort was always there. We didn’t play the entire game with purpose — the distraction of senior night was probably the biggest. But it was another win, and I’m pleased that even when we don’t play our best, we still had a good result.”

GRC had some chances to expand the lead even more, but Harrison County’s defense found ways to fend off the Cardinals.

“They’re young,” Abner said. “They’re pretty close.They’ll probably be either 1 or 2 out of the 38th District. We could ultimately face them (Fillies) again.”

While the Cardinals have a regular season finale against Henry Clay remaining, the district tournament looms next week.

“We’re going to work 10 times harder,” Honaker said. “We’re playing really hard as a team, but we need to work on talking more.”

While the game in Lexington against No. 12 Henry Clay will be a tough challenge, Abner hopes it will be an opportunity to return to good habits before the Cardinals move into postseason play.

“It’s getting back to things we have to do, the process of how we want to warm up and how we prepare for the game, how we step on the field and play our game,” Abner said. “It’s a good game also to get our speed of play up — we’ll be on turf — to get everybody moving at that top-level speed that maybe we miss in some games.”

“They’re a well-balanced group,’ Abner said. “They’re not flashy. They just go out and do what they have to do within the team and they’re consistent. They’re pretty level.”