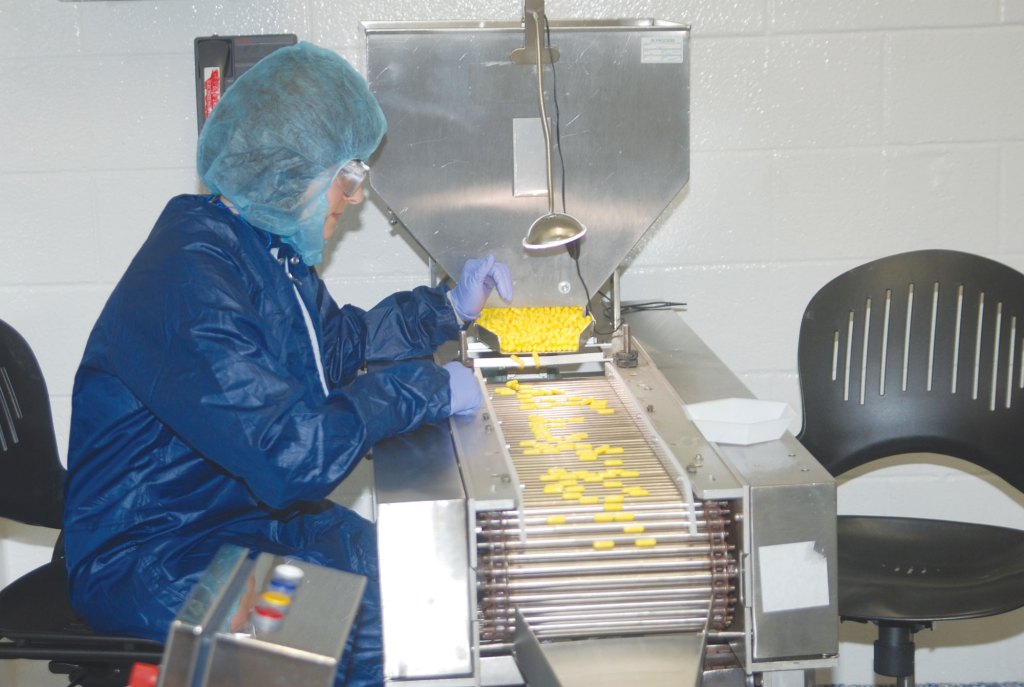 A worker at Catalent Pharma Solutions inspects medication as it it produced. (Sun file photo)

Eighteen months ago, Catalent Pharma Solutions announced a $62 million investment in its Winchester facility, right on the heels of completing a 77,000 square-foot, $52 million expansion.

One of the larger employers in Winchester, the plant employs about 450 people, and the plant’s expansion means the company is looking for more employees.

“Because of the ebb and flow of our industry, we’re always looking to hire,” interim general manager Richie Davis said.

The company is a contract manufacturer of medication for other companies, including Pfizer, and produces about 60 different products for attention deficit disorder, incontinence and depression among others, he said.

“We don’t own the molecule. Other people pay us to make it for them,” Davis said.

Over the course of a year, Davis said the Winchester plant will make about 3 billion doses between capsules and pills.

The facility opened in 1992 as International Processing Corporation, a food processing company, Catalent human resources area director Jason Luring said. It switched products after being purchased by Catalent, which operates 30 facilities throughout the world.

Like many industries and local governments, the company is struggling to find workers for the newly created jobs.

“For us, we anticipate hiring a lot of people in the next couple years,” Luring said. “We’re looking for scientists, engineers” as well as maintenance mechanics and chemists.

Luring estimated there would be about 150 jobs created in the near future.

“At any given time, we’ll have different jobs open,” Luring said. “You can never have enough talented people.”