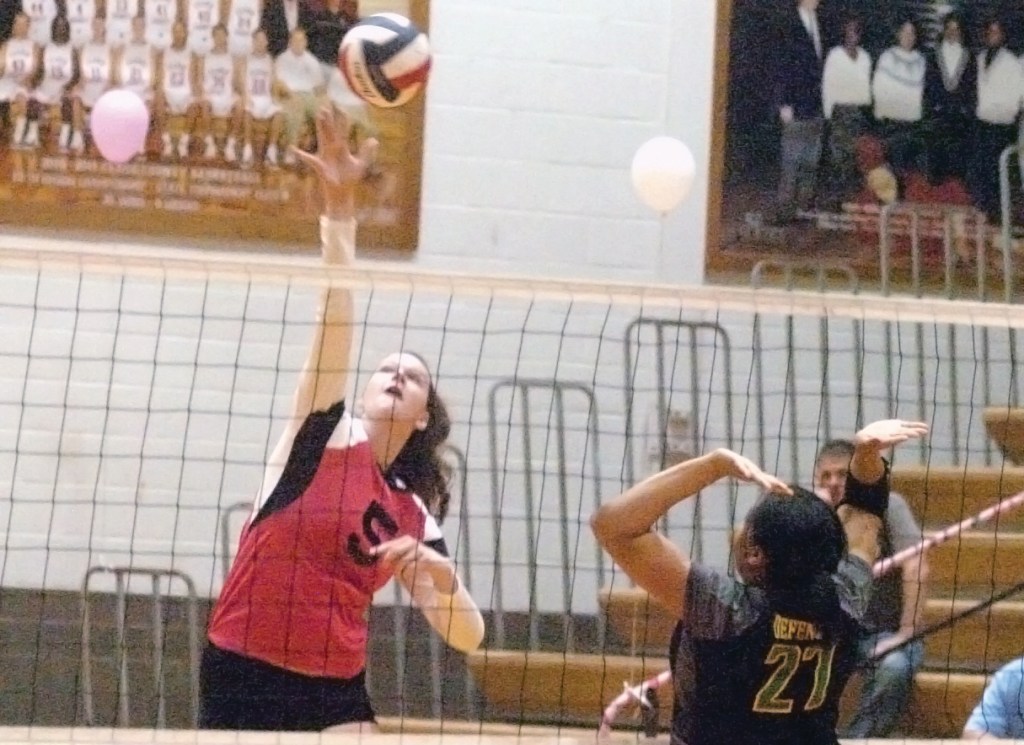 But like every season the Cardinals have hosted the ‘Dig Pink’ event, the contest was less important than the cause.

The Cardinals used the game — their final regular season home game — as a way to raise money and awareness for breast cancer research.

“We had a lot going on tonight, so it  was pretty hectic, but we focused when we needed to,” GRC coach Tim Koshurba said. “The girls played well and I’m happy and proud with what they did.”

Money raised from the event, which features silent auctions and a volleyball serving accuracy contest, will go to charities associated with breast cancer. The Cardinals wore pink jerseys and gave out pink T-shirts.

“We had great attendance with a lot of festivities,” Koshurba said. “It was good. Good turnout and good to raise awareness and helping young women know that it’s an issue they need to be aware of.”

Still, as the season comes to a close, the Cardinals have their eyes on advancing in the 39th District Tournament which begins later this month.

“We’ve been gearing up for the playoffs so much we’ve reached a point that we just want it to be here,” Koshurba said.

The Cardinals travel to Bourbon County twice — once for the regular season finale and again for the first round of the district tournament.

“We’ve got a home and home with them, so it will be interesting,” Koshurba said.

More players are working into the varsity rotation as the team prepares for the postseason.

“Kinda like September call-ups in baseball,” Koshurba said. “We’re priming for that playoff push. That was my initial intent going into the season, letting people maximize playing time where they were and I picked people up where I needed to so I could add some depth.”