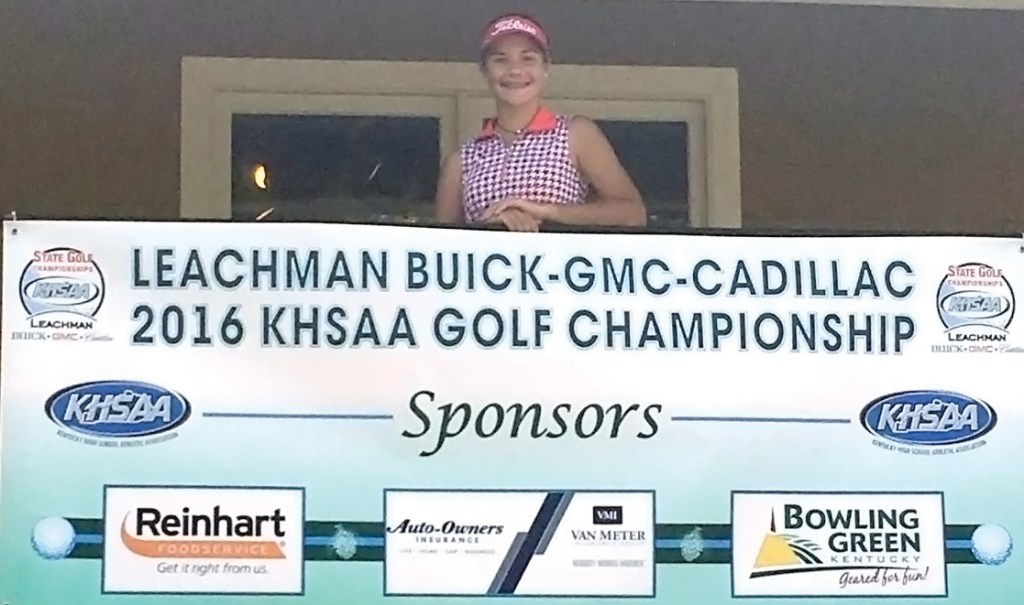 A pair of Cardinals took the trip to Bowling Green this week for the Leachman Buick-GMC-Cadillac/KHSAA Girls’ Golf State Tournament, and it was a milestone for both.

For senior Hannah Ritchie, who made her third straight trip to the state tournament, it was the most state appearances for a George Rogers Clark High School girls golfer. For Hannah Curreri, it was the first time a freshman GRC golfer qualifed for state in 20 years. And Curreri did that mark one better by qualifying for the second round.

Curreri shot an 83 to beat the 84-stroke cut-off for the second day of the tournament.

“I was so happy,” she said. “I never thought I would make it on my first trip to state, but I was so happy I did.”

Curreri finished Wednesday with an 89.

“It was so surreal and felt amazing that all my hard work had paid off,” she said. “It was a little harder today, they added more yards so it made it a little more difficult for everyone.”

Curreri said the Bowling Green Country Club course was nice and while the greens were a little fast, she got used to them. She wasn’t group with any familiar players, but she got a chance to meet new people.

Ritchie shot a 94 on Tuesday.

“It felt nice for us both to be there,” Curreri said. “And we both played well. I’m thankful for all my friends and family who supposed me along the way.”

Proving just how tough it was for the Cardinals to get there, two of the top three finishers were from GRC’s region. Mason County’s Sarah Fite shot a two-round 145 to win the state title by three strokes over Sarah McDowell, of Murray.