Survival ‘only option’ for mother of three after husband’s death 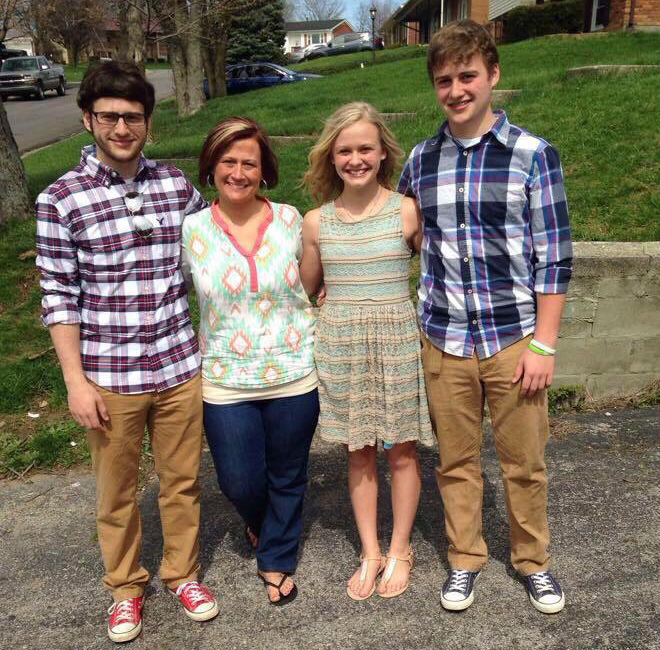 Thinking about her battle with breast cancer that ended five years ago, Samantha Crowe said she never doubted she would beat her illness.

The mother of three said that she was 33 when she was diagnosed in February 2011, and by the time she began treatment in March of that year, her tumor had doubled in size.

But giving up was not an option for Crowe, and she said through support from her friends, family and faith, she knew she would make it through.

“There was a visit, the doctor had come in,” Crowe said. “I had several scans that day. They had gone over my biopsy reports, and they pretty much said all we could do is be hopeful. The outlook wasn’t good.”

Crowe said she agreed to be part of an experimental treatment procedure so she would start her chemotherapy sooner.

However, not long after Samantha’s diagnosis, another tragedy soon struck the Crowe family.

“In May, my husband started developing depression and was reliving things that had happened in his childhood,” Crowe said. “He quit his job, and by April he wouldn’t leave the house.”

While she was able to get her husband to visit doctors, Crowe said he stopped accompanying her when she went to her chemo appointments.

“My niece and my sister would take turns going with me,” Crowe said. “My parents always offered to go, they lived right next door to me. But their reactions, seeing me sick… it was hard. I tried to make it easier on everyone else.”

As Crowe continued to progress in her treatments, she said her husband continued to get worse. One day in June, after returning home from a baseball game her sons played in, Crowe said they found her husband’s body in the basement of their house. He had shot himself.

“From that point it was just a whirlwind after that,” Crowe said. “I had three kids that had lost their father, didn’t know if their mother was going to survive.”

Crowe said that the outpouring of support from members of the community, including the first responders and funeral home workers who arrived on the scene, was what helped the family keep going.

The family moved in with Crowe’s parents next door. She said they received help over the coming weeks from people they had never met before from various churches, organizations, public agencies and neighbors.

“I try to tell my kids that something good comes out of every situation,” Crowe said. “This was the only way for him to get better.”

She said she also struggled to convince her children she would be alright and recover from her cancer. The family stayed with Samantha’s parents until her treatments were finished.

Crowe also said she received a lot of support from the people she worked with.

Crowe said months after her final surgery to remove the cancer, one of her sons told her he had overheard doctors saying they didn’t know whether she was going to survive or not.

“How you think has so much more to do with it than people think it does,” she said. “Because once I was all they had left, I didn’t have any doubts.”

However, Crowe said the battle does not stop after the cancer is gone.

“You think you’re going to be back to normal and the same person you were before,” she said. “You’re not the same person. Cancer haunts you. It’s been five years and I still have the after effects of chemo. I still have to take medicine every day. Every ache you get scared, is it coming back?”

She said what most people don’t understand is cancer survivors still need support after they’ve beaten their cancer.

“It’s harder emotionally to deal with after,” she said. “You’re mind’s not the same.”

She said there should be more acknowledgement for the struggles the family members of cancer patients go through while trying to be supportive.

In addition to being an advocate for breast cancer survivors, Crowe hopes to raise awareness for mental illness as well in honor of her late husband.

Crowe said one of the things she was happiest to hear during her husband’s funeral came from pastor Ryan Dotson.