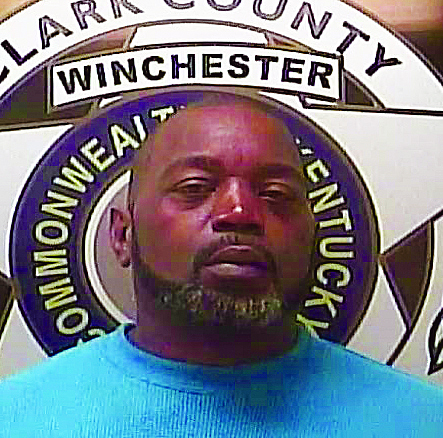 A Lexington man is facing a dozen charges after allegedly running from the police, damaging two cruisers and punching a deputy in the face early Sunday morning.

According to court documents, Winchester Police patrolman Matthew Reed was on patrol at 4:36 a.m. when he saw a Toyota pickup truck leave Interstate 64 at exit 96, cross three lanes of traffic and almost hit another vehicle.

Reed said he followed the truck into town as it swerved from lane to lane. When Reed attempted to stop the truck, he said the driver took off, running three stop signs on Madison Avenue before hitting another vehicle on Spruce Court.

Reed said he got out of his cruiser and told the truck’s driver to get out. Reed said the driver reversed and tried to hit him and actually struck the cruiser before fleeing again. Reed said the truck nearly hit three other cruisers on C.G. Stephenson Drive before driving through a field and losing control. The truck then hit Reed’s cruiser and one from the Clark County Sheriff’s Office.

The truck continued to the end of Washington Square, where the driver, identified as 44-year-old William Owings, fled on foot until being caught by Reed and Deputy Matt Eversole.

Ow sings fought the officers, punching Eversole in the face, and continued after being put on the ground and Tasered, Reed wrote. Owings was handcuffed and arrested after a third officer arrived.

As election nears, be mindful of where you campaign