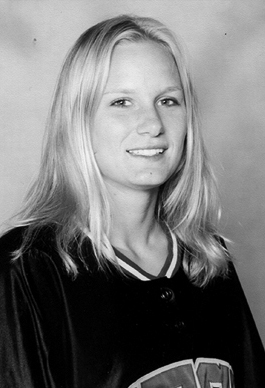 George Rogers Clark standout Lori Bayless will be enshrined in the Tennessee Tech Hall of Fame during Homecoming festivities at the school this weekend.

Tech will be honoring a career that spanned four years — from 2001 to 2004. Bayless won 65 games over that period, collecting 594 strikeouts. She holds the program’s record for ERA with a 1.23.

She was named to the Ohio Valley Conference’s first-team three times and earned pitcher of the year honors as a senior in 2004 after leading the conference in wins, strikeouts, shutouts and ERA.

She was also named to the All-South Region second team by the National Fastpitch Coaches Association.

Bayless attended Tech after playing in a high school tournament in Tennessee and being scouted there.

She said her time at Tech was a journey into the unknown.

“It was all new to me,” she said. “I had never been down there. It was a good opportunity. I wanted to play ball and get a good education.”

But she settled in to Tory Acheson’s program, helping Tech to two conference tournament titles during her career and startng a seven-year stretch that saw the Golden Eagles win nine regular season or tournament titles.

She was a strong postseason pitcher, named to three conference all-tournament teams and being named the tournament’s most valuable player once.

Bayless was enshrined in Tech’s wall of honor alongside Samantha Lovelady in 2012.

During Tech’s homecoming events this weekend, Bayless will be inducted into the school’s hall with Marcia Borys, Jillian Burns Elliott, Emily Christian Hughes and Allison Clark.

“It’s nice to know who all is in there. I keep up with Tennessee Tech sports,” Bayless said. “It’s nice to be lumped in with them. And it’s always nice to go back. I will see some people I haven’t seen in a while.”

Bayless said she owes a lot of her success to the support of her family.

“I wouldn’t have been who I was and where I was in life and softball without my parents, especially my dad,” she said. “He’s the reason I was so successful. Unfortunately, he was taken from us a year ago. He would be extremely proud of this award.

“I wish he could be there to see me inducted. I know he will have the best seat in the house looking down.”