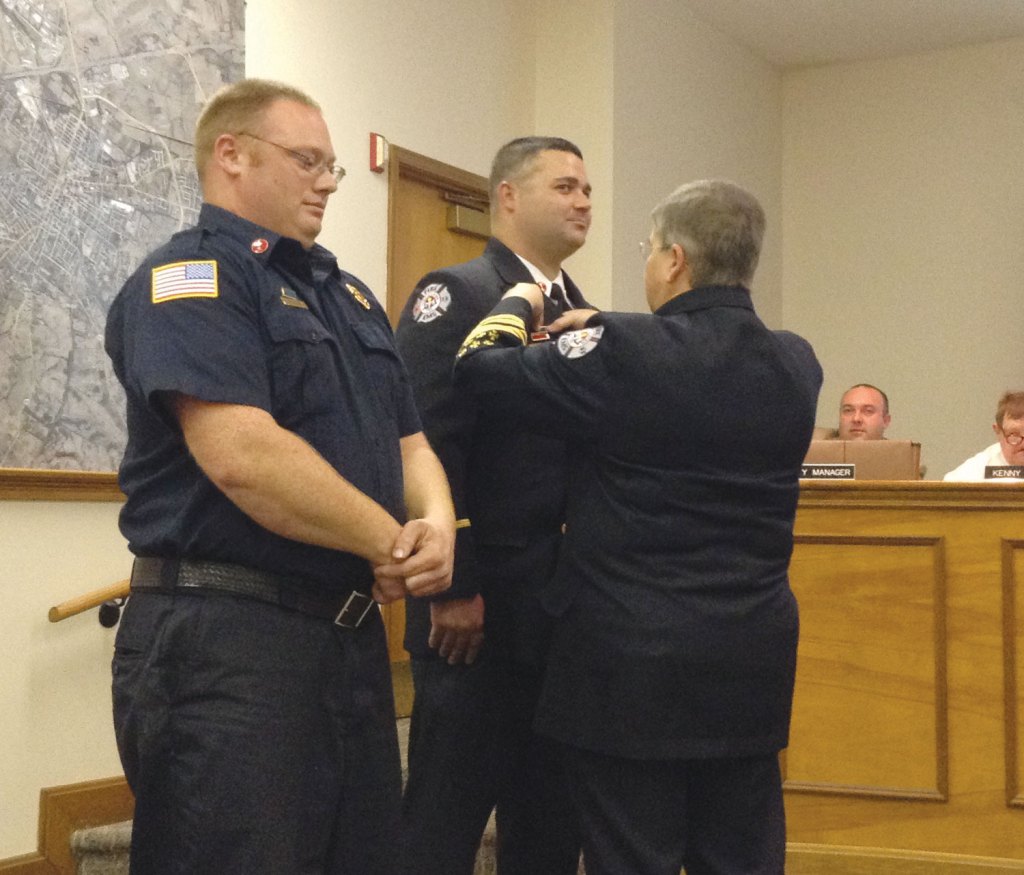 Two officers with Winchester Fire-EMS were honored Tuesday evening for their roles in leading a rescue of two injured hikers near Hall’s Falls on the Kentucky River earlier this summer.

Lt. Scott Bell and Lt. Matt Blose each received the Fire/EMS Achievement Commendation Medal for the July 4 rescue in southwestern Clark County in a difficult location and in constant heavy rain.

Winchester Fire-EMS Chief Cathy Rigney told the Winchester Board of Commissioners the department responded to assist Clark County Fire Department with the rescue around 1:35 p.m. July 4. The hikers had fallen about 50 feet over a cliff and were trapped by rising water from the rainfall. Rigney said firefighters hiked, and occasionally crawled, about 1.5 miles up the trail to reach the hikers.

The hikers were treated at the scene for leg injuries and possible head injuries. To retrieve the hikers, Rigney said “Lt. Bell and Lt. Blose assessed the situation, then began to rig the rescue system with required a great amount of technical skill that few in the department maintain.”

The rigged two lines over a rough cliff face with overhangs, little footing and heavy mud. The rescue, which involved about 50 people from several departments, took about six and a half hours to complete, she said. The hikers were then transported to the University of Kentucky Medical Center for treatment.

“From the heavy rain and thunderstorms to slick rock and heavy mud, all elements of this incident were difficult and did not allow for easy solutions,” Rigney said. “Without the dedication, technical skill and professionalism shown by these officers, it would have made a difficult scenario much harder.”