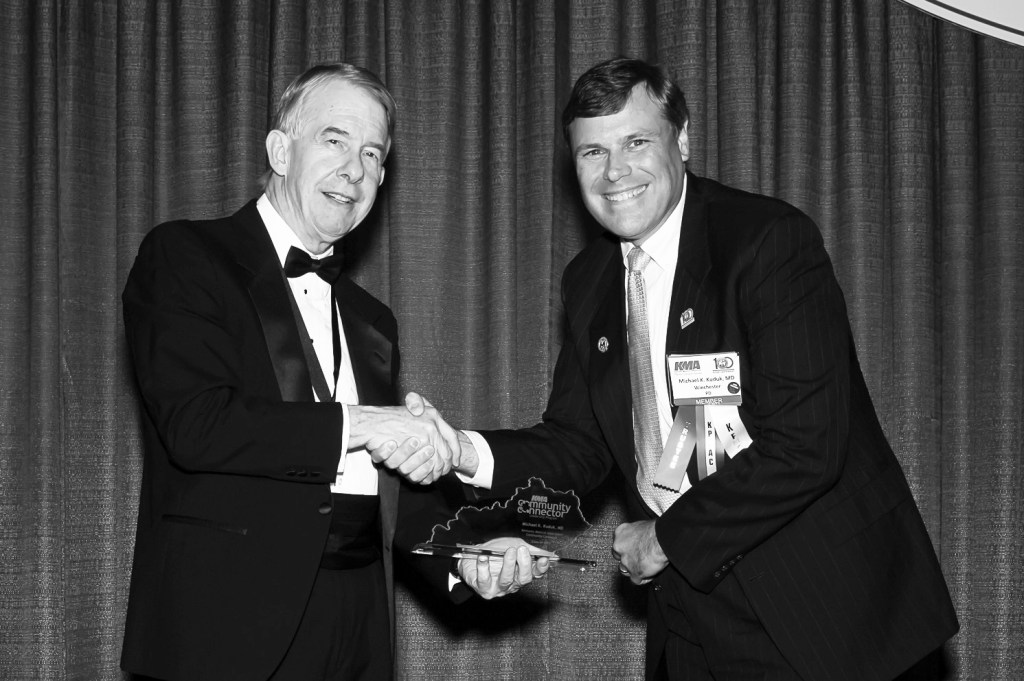 LOUISVILLE — Michael Kuduk, M.D., a Winchester pediatrician, was recognized Sept. 10 as a Kentucky Medical Association Community Connector during the Leadership Dinner at the 2016 KMA Annual Meeting.

Kuduk was also elected vice chair of the KMA Board of Trustees.

Kuduk was one of nine physicians from across the commonwealth to graduate in the third class of the KMA Community Connector Leadership Program. The program is an opportunity for physicians to enhance their leadership skills through education and direct community involvement. Community Connectors are physicians who are engaged in their communities in an effort to promote the practice of medicine in Kentucky by working with business, government and civic leaders.

Kuduk graduated from the University of Kentucky College of Medicine in 1989 and has been in practice for 26 years. He completed a residency at Baylor College of Medicine. He is the chairman of the Clark County Board of Education.