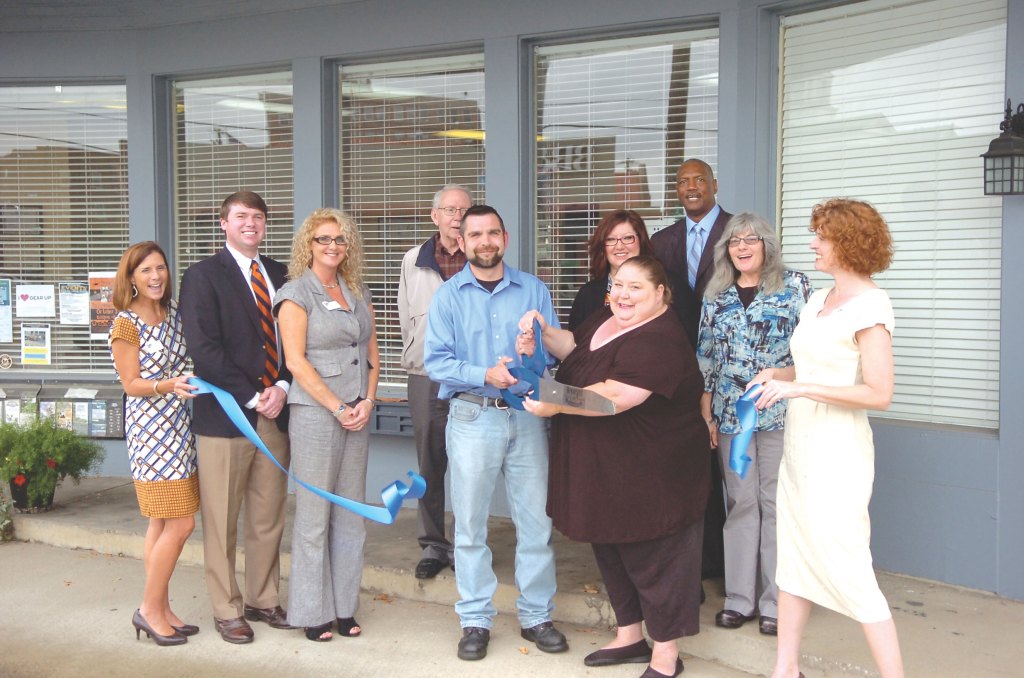 Seth Littrell/seth.littrell@winchestersun.com Winchester-Clark County Film Society President Rick Baldwin and Vice President Kathy Lykins, center cut the ribbon to celebrate the start of the film society at the Chamber of Commerce Thursday with representatives from the chamber and other community organizations.

A new film society in Clark County is beginning to lay the groundwork for an ambitious goal: to host an independent film festival in 2018.

The Winchester-Clark County Film Society had it’s official ribbon cutting Thursday and is planning to hit the ground running, according to president and vice president Rick Baldwin and Kathy Lykins.

“Our goal is to, every month or other month host events and raise funds towards our 2018 goal to actually have an independent film festival in Winchester,” Baldwin said.

The first event the society will host is a screening of “Night of the Living Dead” October 29 at the College Park Library, which will run concurrent with the nearby Halloween Fest and Haunted Swamp next door. The movie will start at 9 p.m., and admission is free with a donation to the film society of $3 per individual or $5 for two.

Lykins described the creation of the film society as “a dream come true,” saying she has wanted Winchester to host a film festival for several years because of the economic benefit it could bring the community.

“The whole reason I thought this was needed was I got into some crazy shows on Netflix … and I was just interested in the town I saw in those shows,” Lykins said.

That town was Covington, Georgia, which has played host to film crews for numerous productions