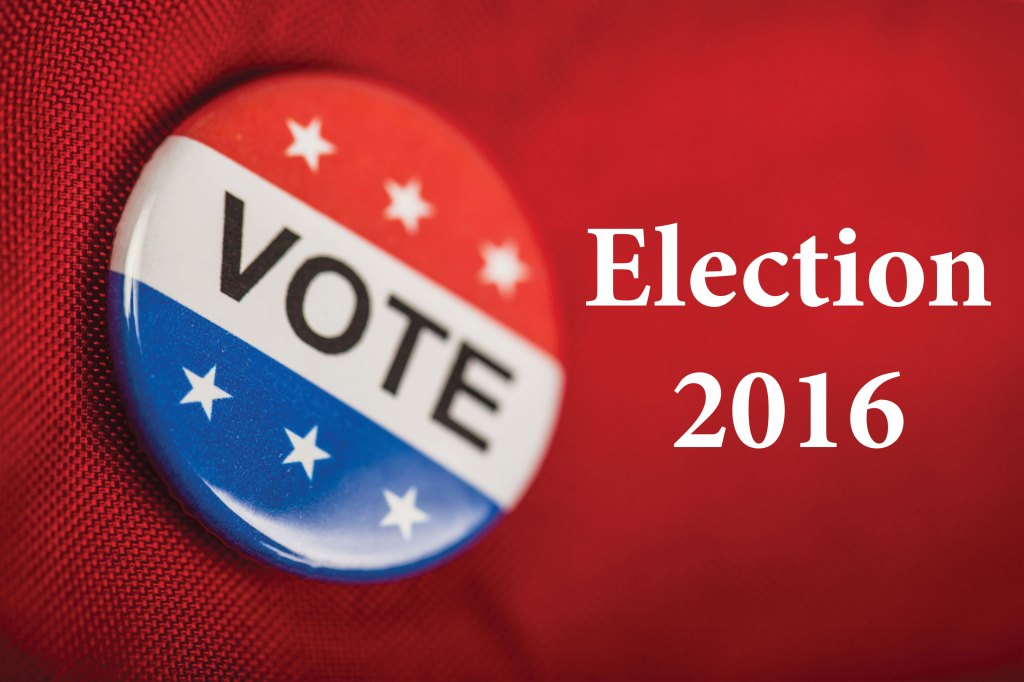 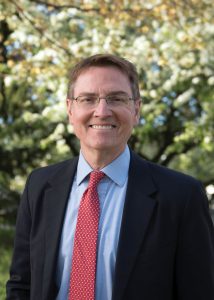 Through his family business, Gray Construction, an engineering, design, and construction company headquartered in Lexington, Jim Gray’s life work has been about creating opportunities for people.

Gray was raised in Glasgow.

Over 38 years, in 37 states, on 831 projects, Gray has helped create nearly 22,000 jobs. He served as president and chief executive officer of Gray Construction, now an international company. He is currently chairman of the board.

In 2010, he was elected as the first openly gay Mayor of Lexington, where he has put his business experience to work in City Hall. Gray won re-election to another four-year term Nov. 4, 2014. 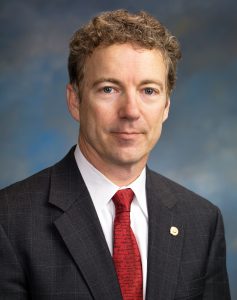 An ophthalmologist by trade and practice, Rand Paul decided in 2010 to take his talents of diagnosing a problem and finding a solution to the Senate where he has become a champion for Constitutional liberties and fiscal responsibility.

Paul lives with his family in Bowling Green, where he had his ophthalmology practice and performed eye surgery for 18 years.

Together with his wife of 25 years, Kelley Ashby Paul of Russellville, they raised their three sons, William, Duncan and Robert.

Paul has been a devoted father regularly volunteering to coach athletic teams for his sons.

Paul and his wife are both devout Christians and are active in their local church.

The coal industry in eastern Kentucky has been suffering in recent years. What should be done to keep the industry alive or what can take its place?

JG: The coal industry has suffered due to both competition and regulations. Mining jobs provide an enormous economic benefit to the entire state’s economy. After more than 200 years, it’s part of our heritage and history, so it’s not part of my DNA to say “let’s stop mining.” That’s not the solution, and it’s just not feasible.

I believe in an “all of the above” energy strategy, because this ensures access to affordable, reliable energy. A diverse energy mix also helps protect our energy sector from market disruptions.

It is also essential that we support miners and families who have had the rug pulled out from under them. It is critical that we diversify the economy. This starts by investing in infrastructure that will attract emerging industries to provide new jobs for families who have devoted their lives to the coal industry.

RP: The Obama-Clinton War on Coal has done unspeakable damage to the coal industry and families in eastern Kentucky. Thousands of miners have lost their jobs and thousands more who support the industry and communities are suffering as well. Kentucky’s coal families and communities have endured the very real and devastating effects of the Obama-Clinton War on Coal for long enough. And worse yet, Hillary Clinton has said she would continue these disastrous policies that will put coal miners out of work.

The number one thing we can do to promote coal jobs is to stop new regulations like the so-called Clean Power Plan that is shutting down coal-fired power plants and roll back regulations already put in place as part of the War on Coal. I have fought the Obama-Clinton policies that have put coal miners out of work at every step. I have also introduced a plan called the REINS Act that blocks new regulations from the president from taking effect unless they are voted on and passed by Congress.

I will continue to fight every day for our miners, their families, and those who support them.

Poverty is still prevalent in Kentucky, particularly in the eastern part. What remedies remain and how would you pursue implementing those?

JG: I have a plan to address the economic challenges in coal country and across the Commonwealth. I’ll work with anyone who’s willing to work to get it done, regardless of party.

We must invest to repair and expand our infrastructure. It is essential that we complete the KentuckyWired project, because access to high speed internet is essential for the growth of a digital economy. I support turning the Hal Rogers Parkway into a true interstate highway, completing the Mountain Parkway expansion and the Interstate 75 southern corridor improvements.

I also support expanded investment in innovative energy solutions, including Carbon Capture and Sequestration technology. We should leave no stone unturned, seeking and making use of every available federal grant available under existing programs.

Finally, we need to invest in our workers, past and present. That includes expanding worker training for current workers and protecting pensions for our retirees.

RP: Through traveling eastern Kentucky, I’ve seen people who’ve been put out of work, people who are hurting and frankly, this is thanks to the Obama-Clinton War on Coal. Their over regulatory ways have taken a toll on eastern Kentucky and ravaged the people who’s lives have been built in the region. When you shut down coal plants, you put coal miners out of work, but you also put the truck drivers, coal equipment manufacturers, and local family businesses out of work.

While I have worked to reign in the over burdensome regulations that have wrought pain on these communities, I’ve also proposed a plan to create jobs and get these communities back to work and give Americans a chance to succeed.

What I have proposed are what I like to call Economic Freedom Zones. These Economic Freedom Zones will allow impoverished areas to remove the shackles of big government by reducing taxes, regulations, and burdensome work requirements. It would be the largest anti-poverty initiative since the War on Poverty.

Cooperation among parties in Washington seems to be nearly non-existent. What can be done so both sides can work together and serve the people?

JG: My opponent takes extreme positions and he refuses to compromise. It’s important that we view all issues with a nonpartisan lens and determine our best options. We can’t be chained to political ideologies that don’t provide solutions to real-world problems.

I believe it is essential that we work across the aisle to address big-picture problems. That’s why I support the comprehensive immigration reform bill that passed the Senate two years ago with the support of prominent senators from both parties. The bill contained revised work visa rules for agriculture, an improved system for workers in STEM fields, a streamlined verification system for employers, and a carefully regulated path to citizenship. It isn’t perfect, but it strengthens border security, it’s fair to taxpayers and it will actually solve the problem. True to form, Rand Paul voted against it.

Also unlike Rand Paul, I support the Miners Protection Act, which has supporters in both parties. Coal miners are facing an immediate loss in benefits. This act would preserve health benefits for 3,500 Kentucky coal miners and protect the retirement benefits of about 9,800 retired Kentucky coal miners. Party affiliation doesn’t matter here. We need to get behind our coal miners.

RP: While Washington is often known for its gridlock and partisanship, I’ve found that by focusing on things we agree on rather than our differences we can reach bipartisan accomplishments.

I am the lead Republican sponsor of the bipartisan TREAT Act, which allows doctors to treat more patients suffering from opioid addiction with medical therapy to break the cycle of addiction and put them on a path to recovery. Working together, this summer we were able to get key parts of our bill passed into law and implemented by rule.

And looking to improve our roads and bridges, I worked with one of the most progressive Democrats in the Senate to write Invest In Transportation Act, which incentivizes American companies to bring home profits earned overseas and direct the proceeds to highway funding. This plan would provide needed infrastructure funding while strengthening the U.S. economy and keeping jobs here at home.

What are the biggest challenges facing the commonwealth and how are you uniquely qualified to address them?

JG: I believe the biggest problems faced by the Commonwealth are the challenges faced by working families. I am committed to nonpartisan problem solving, and as Mayor of Lexington I filled City Council vacancies with people from both parties. Working together, we turned a deficit into a surplus, saved emergency workers’ retirements, helped create more than 15,000 jobs, and raised the minimum wage.

We must build advanced manufacturing capability to expand “made in Kentucky” exports. I believe we should support the Export-Import Bank, promote investment in manufacturing and stand up to bad actors who attempt to circumvent trade agreements.

Finally, it is imperative that we build better jobs. I support increasing the federal minimum wage, ensuring equal pay for equal work and investing in education for the modern economy. It is critical that we invest in our workers and encourage our businesses to do the same.

RP: Before being elected in 2010, I spent my career helping Kentuckians see better as an eye surgeon. I still take a break from Washington to give back by performing free eye surgeries several times a year, including earlier this month. I approach my job in Washington just as I do medicine – diagnose the problem, identify the solution, and act on it.

Our country and our state have a jobs crisis brought about by Obama-Clinton economic policies. It should not be the goal of government to put people out of work, but that is exactly what Hillary Clinton has recently said her policies will do to our coal industry. Regulations coming out of Washington have nearly choked our coal industry and are coming for our farmers next. The broken tax code is driving large employers overseas and preventing small business from expanding. Health care costs are skyrocketing and some insurers are dropping their plans altogether because of Obamacare. The diagnosis is broken Washington policies that are hurting Kentucky families. I have been leader on fixing each of these problems, and will continue to work for jobs and policies that help, not hurt, Kentucky families.