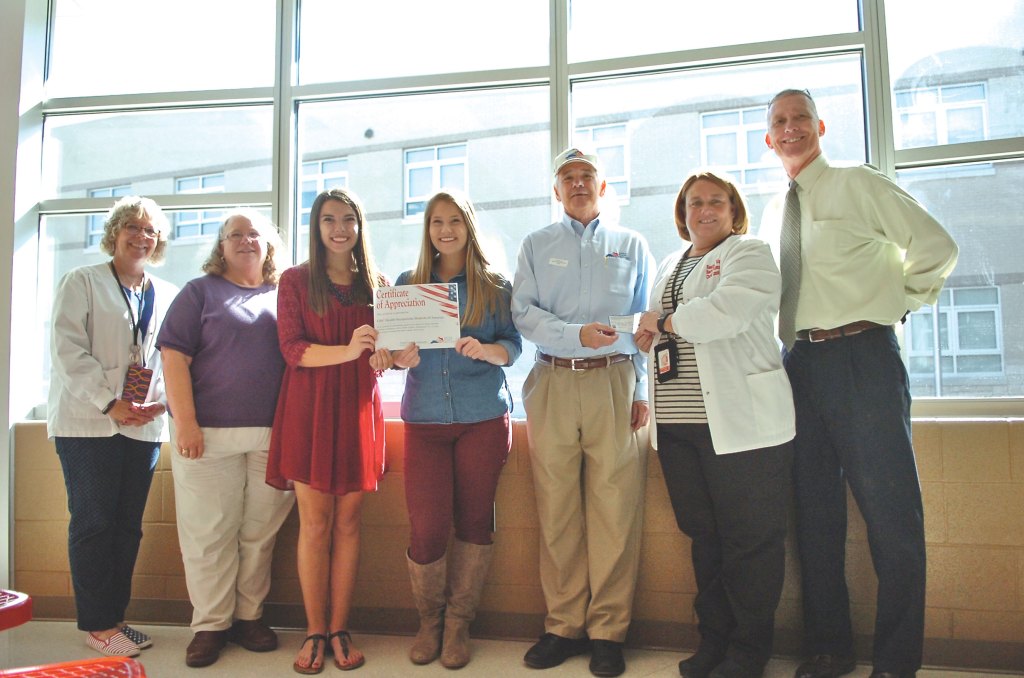 A local Clark County educator will have the chance to accompany a veteran on a trip to Washington, D.C. with Honor Flight Kentucky thanks to the efforts of Health Occupations Students of America (HOSA).

According to George Campbell of Honor Flight Kentucky, the students organized a bingo fundraiser event to raise enough money to send Nancy Wills, a science teacher at GRC, on a future flight.

Campbell said the students deserve recognition for their efforts, and they are helping to change common misconceptions some have about young people.

“Here we have a group of young ladies who put together a fundraiser to help veterans,” Campbell said. “Young people do care, and they showed that.”

GRC students Sara Walters and Shelby Benson presented Campbell with a check for the funds collected Wednesday at the Area Technology Center attached to the high school, and they were in turn presented with a certificate of appreciation from the Honor Flight organization.

Campbell said the organization is trying to arrange for Wills to take part in a May 20 flight sponsored by the University of Kentucky.

Honor Flight Kentucky is one of more than 130 non-profit chapters located across 42 states. The organization’s mission is to fly World War II, Korean War and Vietnam War veterans to Washington D.C. for one day on an all expenses paid visit to the memorials dedicated to their service.

“It’s one of the life-changing moments that just does wonders for them,” Campbell said.

According to information from honorflightky.org, more than 250 veterans are on the organization’s waiting list for future flights. And with the number of surviving World War II and Korean War veterans diminishing each day, Honor Flight’s goal is to get as many of them as possible to see the memorials.

More information about Honor Flight Kentucky can be found at www.honorflightky.org.