Kemper, Barr clash on all levels 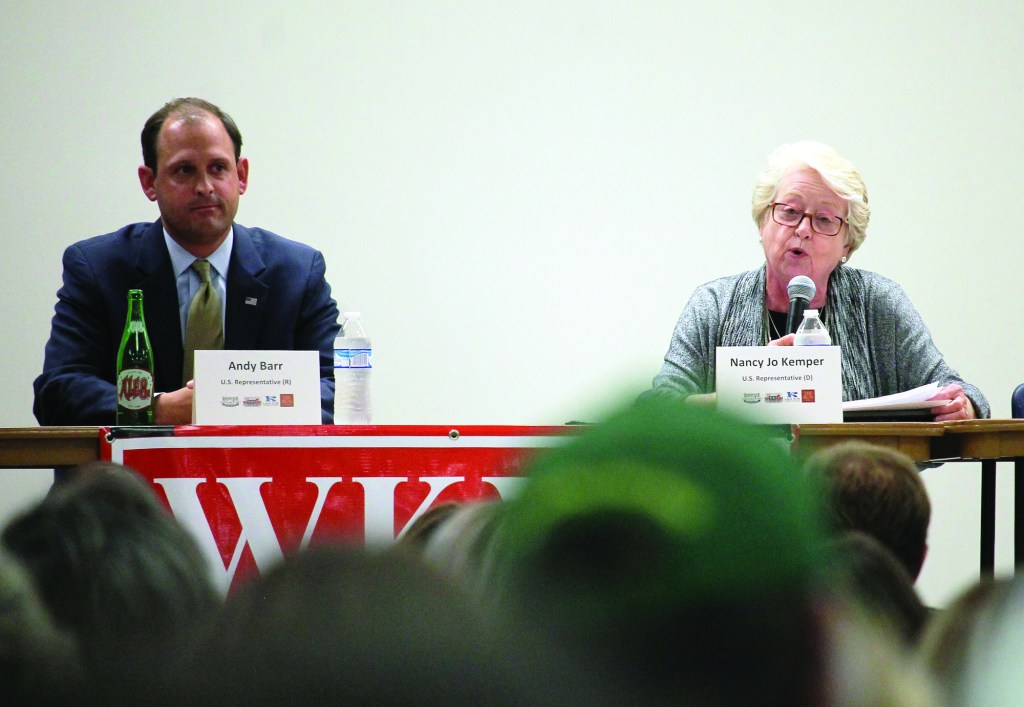 The differences between the candidates in the U.S. Representative race were clear and wide.

“Our nation is facing some critically important issues. I will be a common sense, rational member of Congress.”

“(The military budget) is already bloated, but needs careful examination” to trim the excess without gutting the military, Kemper said. The military should focus more on technology, she said, which would reduce manpower.

Barr said the military has already been “hollowed out” and Washington’s policies have allowed the Islamic State to become a vital threat.

“We haven’t been taking the fight to radical Islamic terrorists,” he said.

On health care, Barr said he’s opposed “Obamacare” consistently and wants to implement refundable tax credits and expand health saving accounts to give people more control over their health care choices. Health care, he said, was a problem long before the Affordable Care Act, he said.

“The status quo before Obamacare was a disaster,” Barr said.

“It’s not a disaster when 20 million Americans who didn’t have health insurance (now do),” Kemper said, acknowledging the ACA is not perfect.

“We need to be able to accept what’s good and work with what’s wrong,” she said.

Shifting to Medicare and Social Security, Barr said the focus needs to be on preserving it for future generations while maintaining the program for those already in both programs.

“We have to be realistic and (continue) to protect them,” he said. “If we don’t, the government will break its promise to them.”

“Life expectancy is going up for Andy Barr and his country club friends,” Kemper said, while its going down for families in poverty. The wealthy should be paying their “fair share,” she said, in accordance to their status.

Policies on coal and lost jobs were another chasm.

“We owe a huge debt to the people of Eastern Kentucky,” Kemper said. “WE have to develop a long-range and Marshall plan for Appalachia.

“I care about the coal miners of Appalachia. We owe them so much.”

“You can’t wage a war on poverty if you’re waging a war on coal,” Barr said. “This is the central contradiction in our race. We need to unite our country around the idea of hope.”

“We need to put power back in the hands of the people,” Barr said.

“I will always be the kind of person to put personal need before personal greed,” Kemper said.