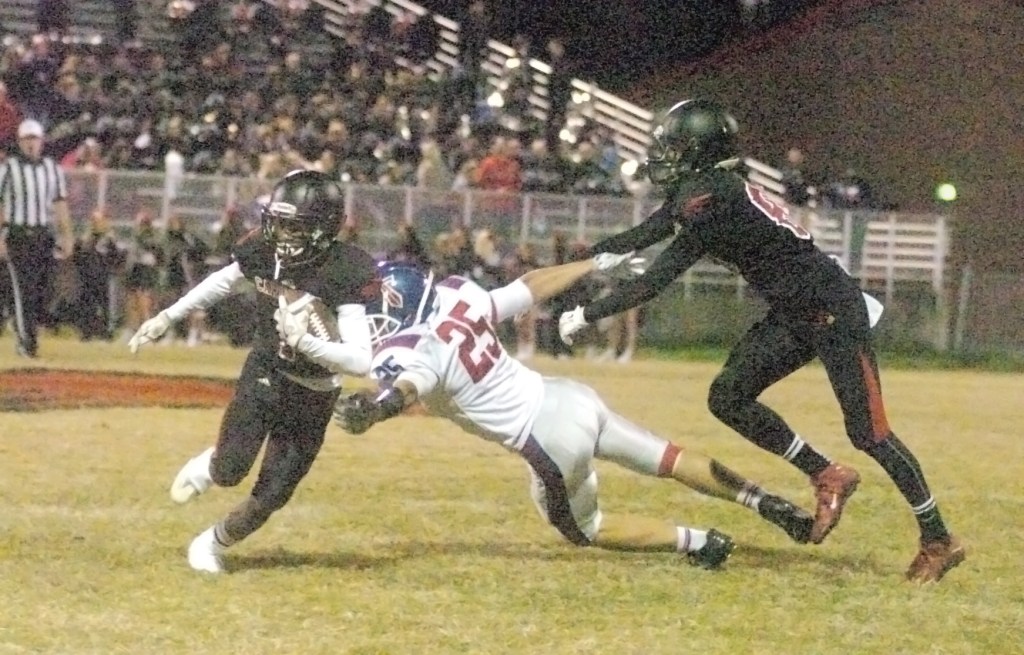 The George Rogers Clark High School football team was in the red zone in the second quarter and a play away from cutting its 14-point deficit in half.

But Mercer County got a big play to keep the Cardinals off the scoreboard, dropping GRC 43-0 in the regular season finale.

Mercer’s Grayson Blevins slipped in front of a pass just inside the end zone and returned it 70 yards. Two plays later, the Titans had scored again and were up 21-0.

“Obviously, that’s a play I’d like to have back, but I think more than anything, it was their kid making a great play,” GRC coach Mike Riddle said. “We had a curl route and he just undercut it at the last second. It wasn’t necessarily a bad read. He just made a great play.”

The Titans (6-4) used the big play all night to bury the Cardinals (1-9), who have struggled defensively as the season has gone on.

Then Cardinal offense came to life. The most promising drive end when Blevins intercepted a Pearce Nisbet pass and took it to the GRC 30, setting up another score.

GRC got a big pass play to Will Henry and completed passes to Joseph Happy and Isaiah Noland. But the Cardinals couldn’t find the end zone either drive.

“Early on in the first quarter, I thought we were doing some good things on offense,” Riddle said. “Jehdon Jenkins made a big play on a naked play action. Will Henry caught a big catch for an explosive play.”

The Titans took advantage, pulling away in the second quarter.

“Mercer is a talented, well coached team,” Riddle said. “They had a lot on the line. This solidified a winning season for them, which I know is very important. They are coming off a bye week and trying to get some momentum for the playoffs, so we knew we had our hands full.”

The Titans host Knox Central in the first round of the playoffs next week. The Cardinals will travel to Simon Kenton to take on the Pioneers (9-1).