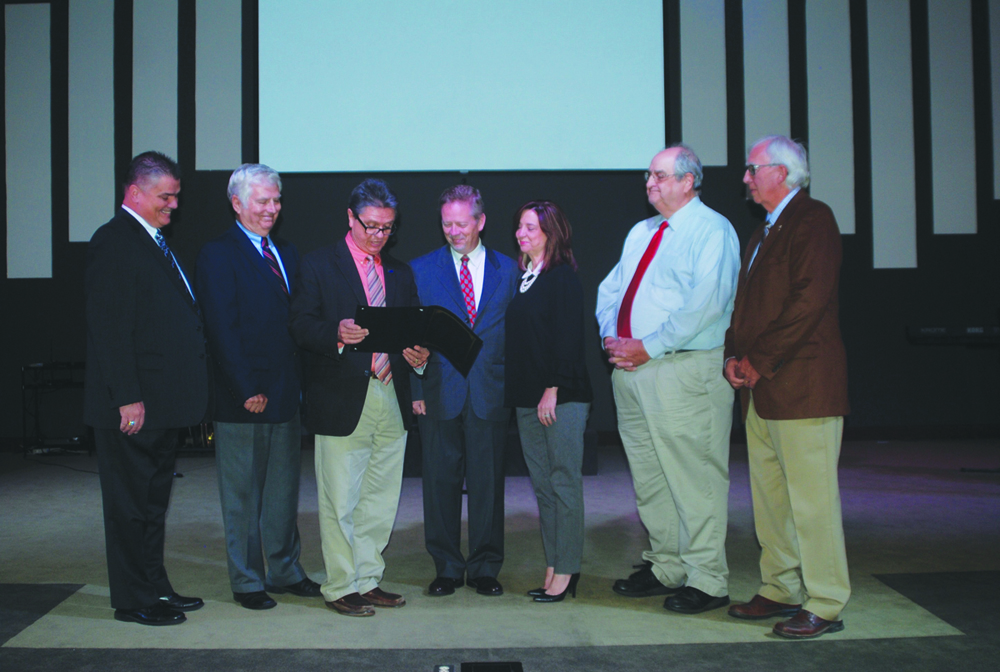 He was pastoring a church in Danville, when the pulpit at Winchester’s Church of the Living God became vacant.

“I had preached a revival here,” Hall said. “When the church became vacant, the pastor called and asked if I knew anyone who was interested.”

Hall said he didn’t submit his name as a candidate, but continued to pray about the situation and eventually interviewed with the pulpit committee. He got the job in October 1991.

“I was in Danville when God took it out of my heart and said there’s a change coming,” he said. “He has not done that here.”

A quarter century later, Hall is still preaching and pastoring at Church of the Living God. Earlier this week, Winchester Mayor Ed Burtner and Clark County Judge-Executive Henry Branham signed a proclamation making today Rev. Thomas and Lela Hall Appreciation Day for their service to the congregation and the community.

These days, it’s increasingly rare for people to stay in one position for 25 years.

“My typical answer is you don’t leave,” Thomas Hall said. “I believe it’s as much an accomplishment of the congregation as much as us.”

“We choose unity as a congregation,” Hall’s wife Lela said. “Our goal and their goal is the same and to come to one decision.”

“I’ve had other churches who called and asked if I was interested,” Thomas Hall said. “I’ve never felt a release from here. We believe God has posted us here.”

Over the course of 25 years, the church has grown and expanded, as has the Halls’ family. Two of their three children have grown, met and married their spouses in the church, and are now sharing ministry in the church, they said.

“We depend on them for a lot of the ministry here,” Lela Hall said.

“We didn’t think when we got here and they were 5 and 6, that they’d find their spouses here,” Thomas Hall said.

In that many years, there have been plenty of difficult times among the congregation, but just as many celebrations.

“We have changed lives,” he said. “By the grace of God, there are great testimonies here.”

What the future holds is, of course, unknown.

“(The church) owns 12 and a half acres about a mile from here,” he said. “We anticipate a building. We don not have a timetable for that.”

Still, the Halls expect to continue serving in Winchester.

“We’re here as long as we’re on assignment,” he said. “We’re not looking.”