After more than three years, a trial still is not scheduled for murder suspect Lonnie Martin.

The Stanton man was arrested in July 2013 for allegedly killing Winchester resident Kyla Kline in Montgomery County. He was later charged in Clark County with the 1995 death of his cousin.

In Montgomery Circuit Court Friday afternoon, Judge Bill Lane continued the case until December after Martin’s attorney said they were waiting on the results of evidence testing.

Martin was scheduled to be tried in Montgomery County this fall, but the trial was postponed after the prosecutors in the case resigned and Martin’s attorney retired. The case was also moved to Rowan County, which is in the same judicial circuit, because of pre-trial publicity.

Martin is due back in Montgomery Circuit Court on Dec. 20.

Martin, 42, is charged with murder and tampering with physical evidence for Kline’s death in July 2013. Kline had been missing for three days before relatives reported her missing on July 3, 2013.

Her remains were found July 28, 2013, in a shallow grave beneath a brush pile on a farm near the Montgomery-Clark county line. An autopsy determined she was stabbed four times and was struck in the face.

Following his arrest in Montgomery County, Winchester Police interviewed Martin and reopened the investigation of the 1995 death of his cousin, Joseph B. Martin. Lonnie Martin was later indicted for murder by the Clark County grand jury.

Police said Joseph B. Martin fell from the viaduct on Washington Street on Oct. 29, 1995, and was struck by a train. 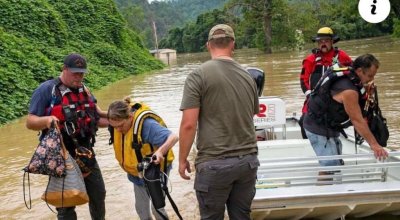