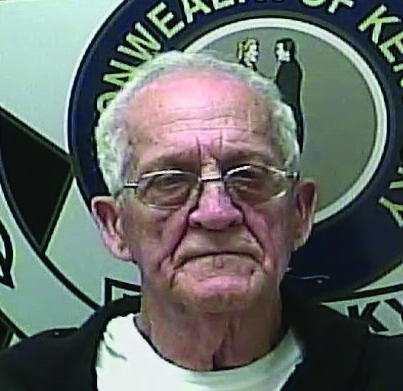 Manslaughter suspect James Pelfrey said he doesn’t remember seeing anyone stopped in front of him the night of a fatal crash this summer.

Pelfrey, 84, was arrested Thursday on an indictment warrant charging him with two counts of second-degree manslaughter and one count of first-degree assault for the June 7 crash on Bypass Road.

“I was blinded by the headlights from a vehicle following me from Kroger,” Pelfrey said in an interview at the Clark County Detention Center Friday. “I couldn’t see anything after he blinded me at the red light.”

He said someone in a black Dodge with tinted windows was following him on Bypass Road.

“He kept nudging my car to get me to speed up,” Pelfrey said. “I couldn’t see anything.”

Police said Pelfrey’s Cadillac was traveling at highway speeds when it hit a Ford Aspire, which was stopped or slowing for the intersection with Colby Road. The impact forced the Ford into another       vehicle in front of it.

Two of the women in the Ford, 62-year-old Sarah C. Helfrich and 35-year-old Juanetta Mitchell, both of Richmond, were killed in the crash. Another passenger, 38-year-old Sadalia Mitchell of Richmond, was injured and taken to the hospital.

A civil suit against Pelfrey was filed previously in Clark Circuit Court concerning the crash.

“I knew I’d have to go to court,” Pelfrey said. “I got served papers. They came (Thursday) and told me I was under arrest for manslaughter.”

Pelfrey said there was no intent to cause a crash that night.

“I pray every day for the families,” he said. “I’m sorry it happened but it’s just an accident. I didn’t want to hurt anybody.

“Anytime you have a rear-end collision … you’re at fault. I wasn’t surprised I was indicted.”

Pelfrey said he had double cornea transplants prior to the accident, and didn’t think it would affect his night vision. He said he could pass all the vision tests, but he has since given up his driver’s license, he said.