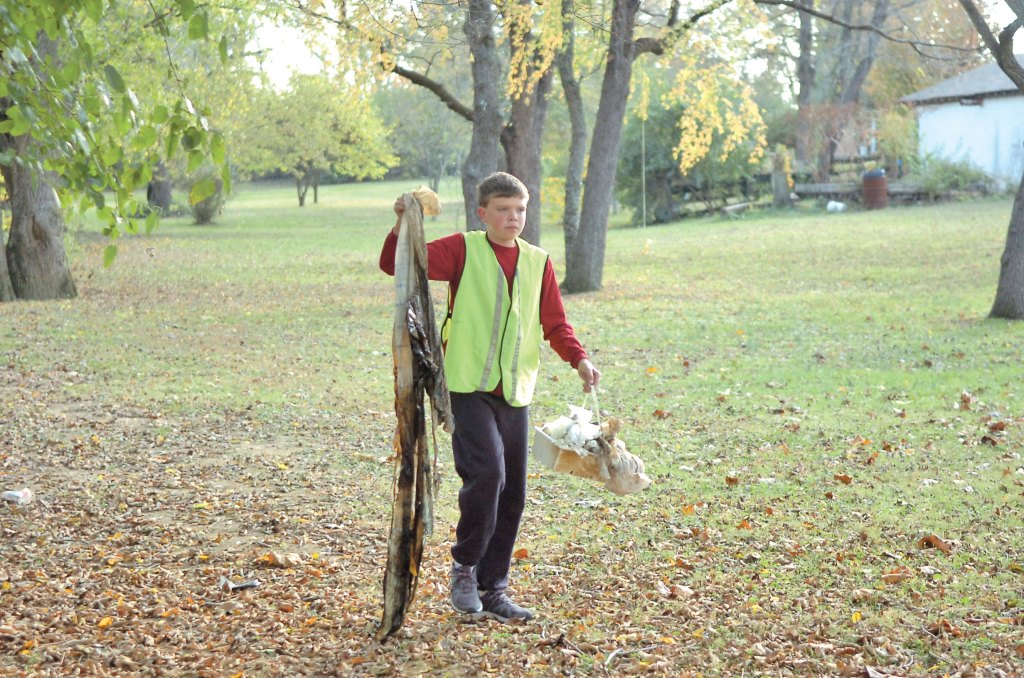 JROTC cadets from George Rogers Clark High School are taking part in a service learning project during the month of November to help clean up some of Clark County’s waterways.

Students converged Tuesday on the area from Martin Luther King Jr. Drive to Interstate 64 to clean out a creek running between the two roadways.

Cadet Jacob Reffitt said the creek is one of several streams the JROTC program will be working to clean. The students will also be working today from Mutual Avenue to Interstate 64 and on Nov. 21, they will clean waterways from Country Club Drive to Hubbard Road.

Col. David Alexander, JROTC instructor, said the project was developed by the seniors in the program.

“They came up with the idea and we contacted the mayor and the people at the city in order to identify which areas need cleaned,” he said.

The cadets are bused to the work sites after school ends, and they spend the afternoon into the evening searching in and around the streams for any trash that isn’t supposed to be there. Cadets working Tuesday found a wide range of garbage, from styrofoam cups to old clothes and even a derelict shopping cart sinking into the mud.