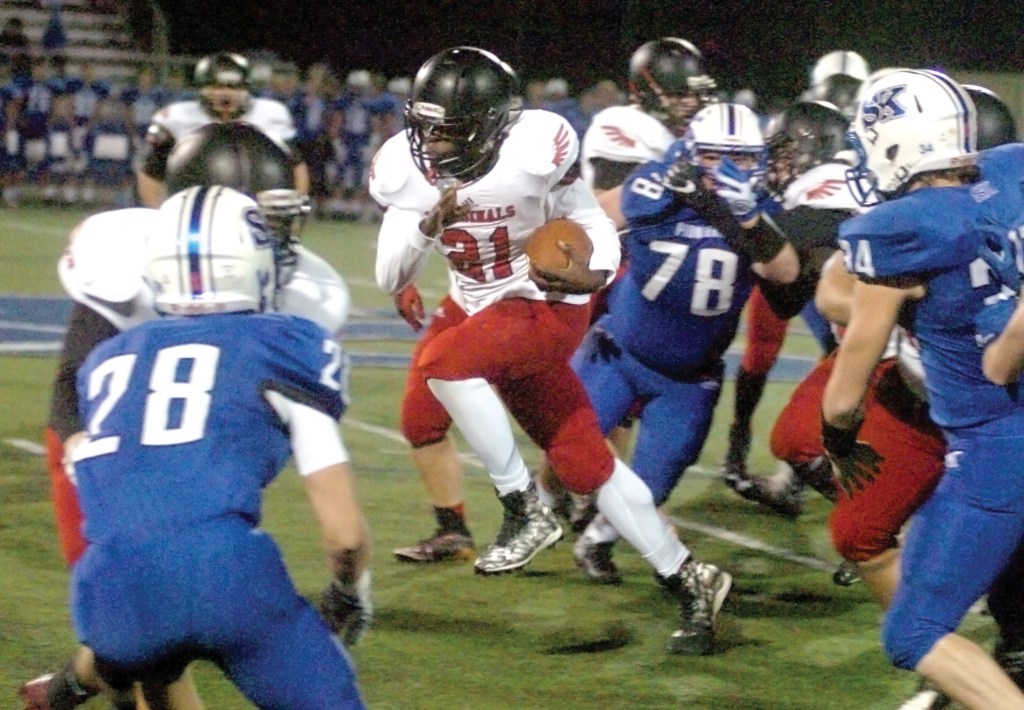 Casey Castle/casey.castle@winchestersun.com GRC’s Nitavius Thomas carries the ball through the Simon Kenton defense during a 56-5 loss in Independence Friday night in the opening round of the playoffs.

INDEPENDENCE — The George Rogers Clark High School football team had its hands full against Simon Kenton Friday night, but the Cardinals didn’t do themselves any favors, falling 56-6.

During a long first quarter, the Pioneers (10-1) built a 42-0 lead mostly thanks to turnovers by an injury-plagued GRC (1-10) team, which had to dip deeper into an already thin bench.

A bad snap, a fumble on a handoff, an interception and a costly intentional downing call setup short fields for the high-scoring Simon Kenton offense.

“Turnovers killed us,” GRC ooach Mike Riddle said. “We had poor ball security and poor field position. We put our defense in a horrible postion and never recovered.”

The Cardinals scored in the final minutes, getting a touchdown on a Pearce Nisbet keeper after a scoring pass to Tayzon Stewart was called for an inelgible receiver downfield.

The loss ends the season for the Cardinals, who will have to continue  their rebuilding process without Riddle, who stepped down as coach after the team returned to Winchester.

The Pioneers move on to face Campbell County in the second round of the playoffs. The Camels upset Madison Central, 26-21, in Richmond Friday night.