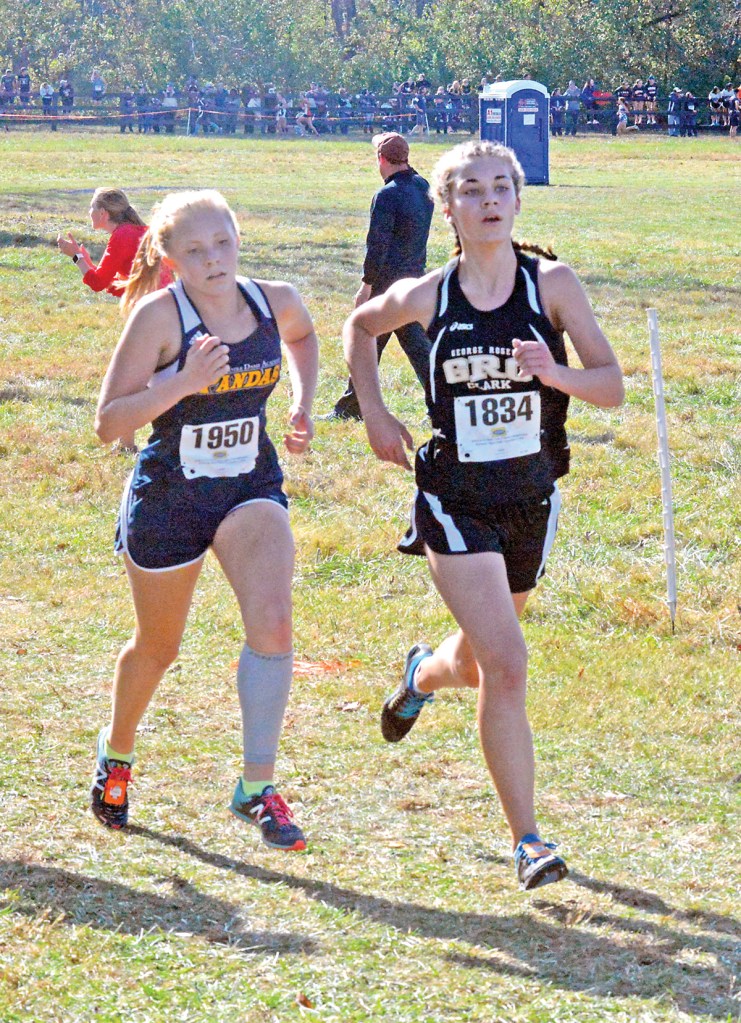 The George Rogers Clark High School cross country team got a lift from Rachel Puckett at the state meet in Lexington Saturday.

As a team, the Cardinals finished 27th.

St. Henry won the girls team event in the 1A division. Lexington Christian Academy won the boys side.

In the 2A division, Louisville Christian Academy won the team event for the girls. Lexington Catholic took home top honors for the boys.