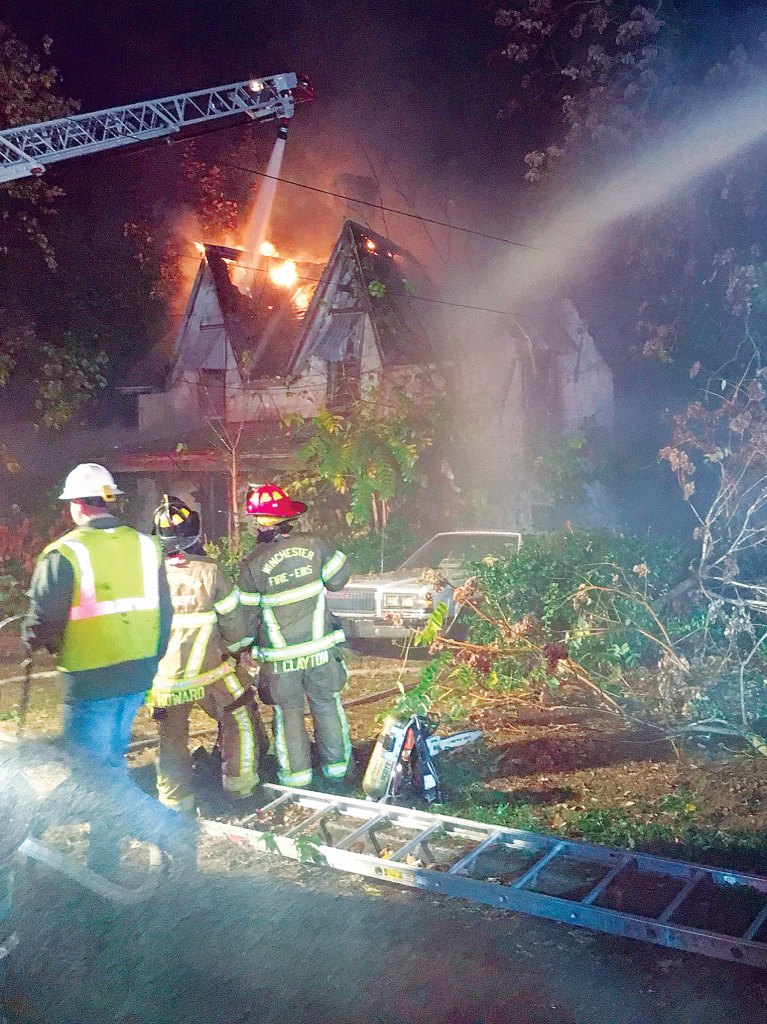 A late-night fire destroyed a vacant home on Cook Avenue Saturday, but caused no other damage to nearby homes.

The fire was reported by a neighbor at 10:54 p.m. Saturday, Winchester Fire-EMS Chief Cathy Rigney said. At that point, the fire was already burning throughout the house, she said.

“When the crews first got there, it was already burning through the windows and was starting to vent itself through the roof,” Rigney said.

There was no evidence anyone was living in the house and there were no utilities connected to the structure, she said.

“This was a very old house,” she said. “Once (the fire) got in the walls, it went straight to the attic.”

The fire was throughout the house, she said, and firefighters used the city’s aerial truck to attack the fire from above. Firefighters were on the scene for about five hours, digging through fallen ceilings and debris inside to extinguish hot spots, she said.

Fire investigators were on the scene Sunday, she said, trying to determine a cause of the fire. Given the circumstances, Rigney said it looked to be a suspicious fire, but there was no evidence of foul play, she said.