May is Artist of the Month 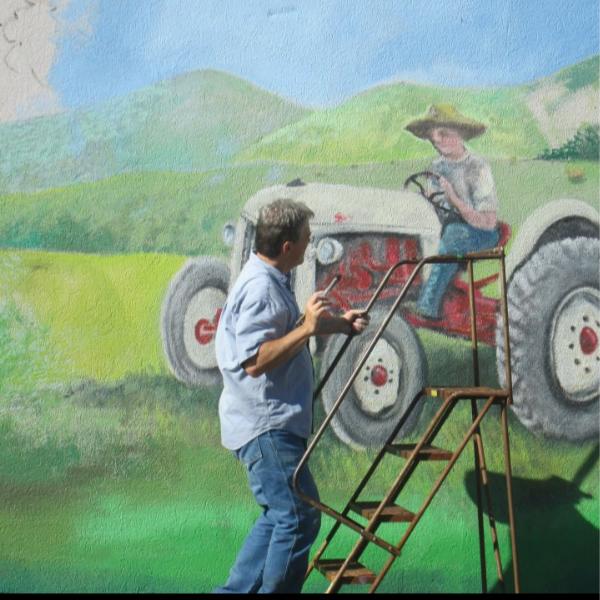 Photo submitted Local artist Phil May works on one of his downtown murals. May’s murals will be the topic of an Artist of the Month reception at Artisan Gifts and Gallery Thursday evening.

Phil May, a mural artist with more than 30 years of experience painting public works, has been named the November Artist of the Month by the Winchester Art Guild.

May was born in the mountains of Eastern Kentucky but currently makes his home in Winchester. His painting vision was formed in those mountains with their rich history, many colored wildflowers, trees and the quilts his mother made. He has the ability to create large-scale murals that make him valuable to downtown development and revitalization projects. He has painted murals for historic organizations as well as government, religious and private groups.

His goal in creating these murals is to showcase the area for visitors and bring a sense of pride to the community. The murals brighten up not only the buildings, but people’s lives. They become more than just pictures on a wall. They become the people’s story.

— The Clark County Courthouse mural, depicting the history of the city

May will be recognized with a reception from 5 to 8 p.m. Thursday at Artisan Gifts and Gallery, 18 W. Lexington Ave. The reception will feature a special display of the murals, a meet-and-greet and discussion by May about his work.