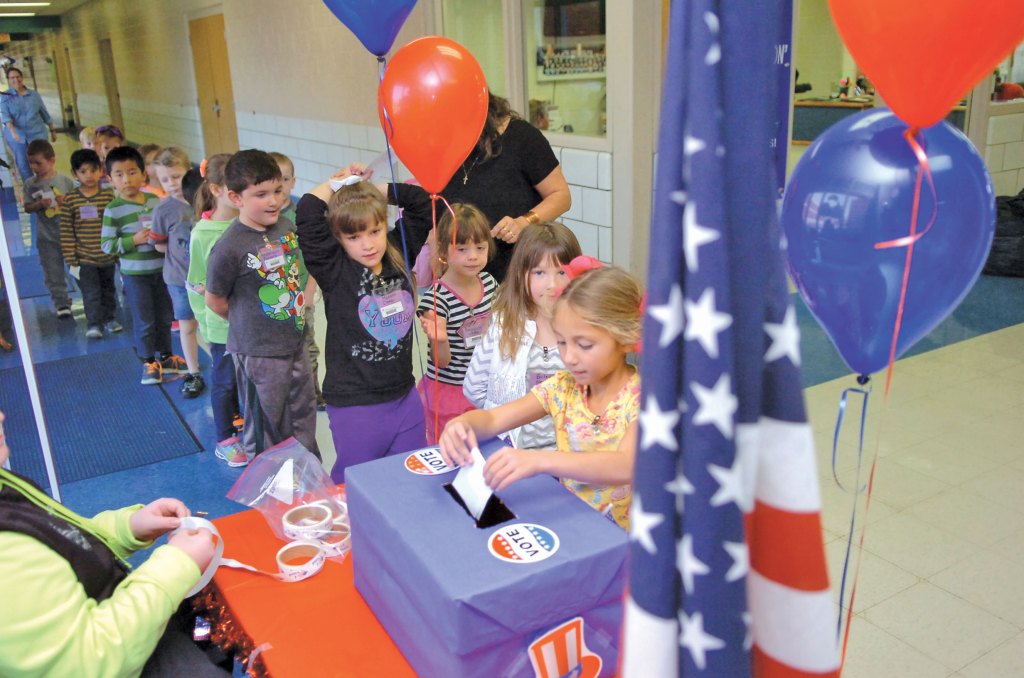 If the students at Strode Station Elementary were to decide the outcome of the presidential election, Republican candidate Donald Trump would be the next president of the United States.

Trump won the election with 284 votes to 219 for Democrat Hillary Clinton.

The mock election was organized by fourth grade teachers at the school working with principal Janet Brown. According to teacher Amy Handshoe, the school spent the two weeks prior to the election educating the school’s students about the three branches of government, rights and responsibilities of U.S. citizens and the election process.

“We discussed the platforms of the candidates, where they stand on the issues and their backgrounds,” Handshoe said.

As the students voted, they even received the iconic “I voted” stickers, which were provided to the school by Clark County Clerk Michelle Turner.

Handshoe said the mock election offers elementary students a real-world application for what they learn in social studies class.

Fourth graders Jonah Doss and Abby Crase both voted in the mock election, though they supported different candidates.

“I voted for Donald Trump,” Doss said. “I think Trump is a good person to vote for. He’s going to make America great again. He’s better than Hillary because he’s going to lower taxes while Hillary is probably going to raise them.

“I voted for Hillary Clinton because she’s a girl and I want to show the boys that girls can be strong,” Crase said.