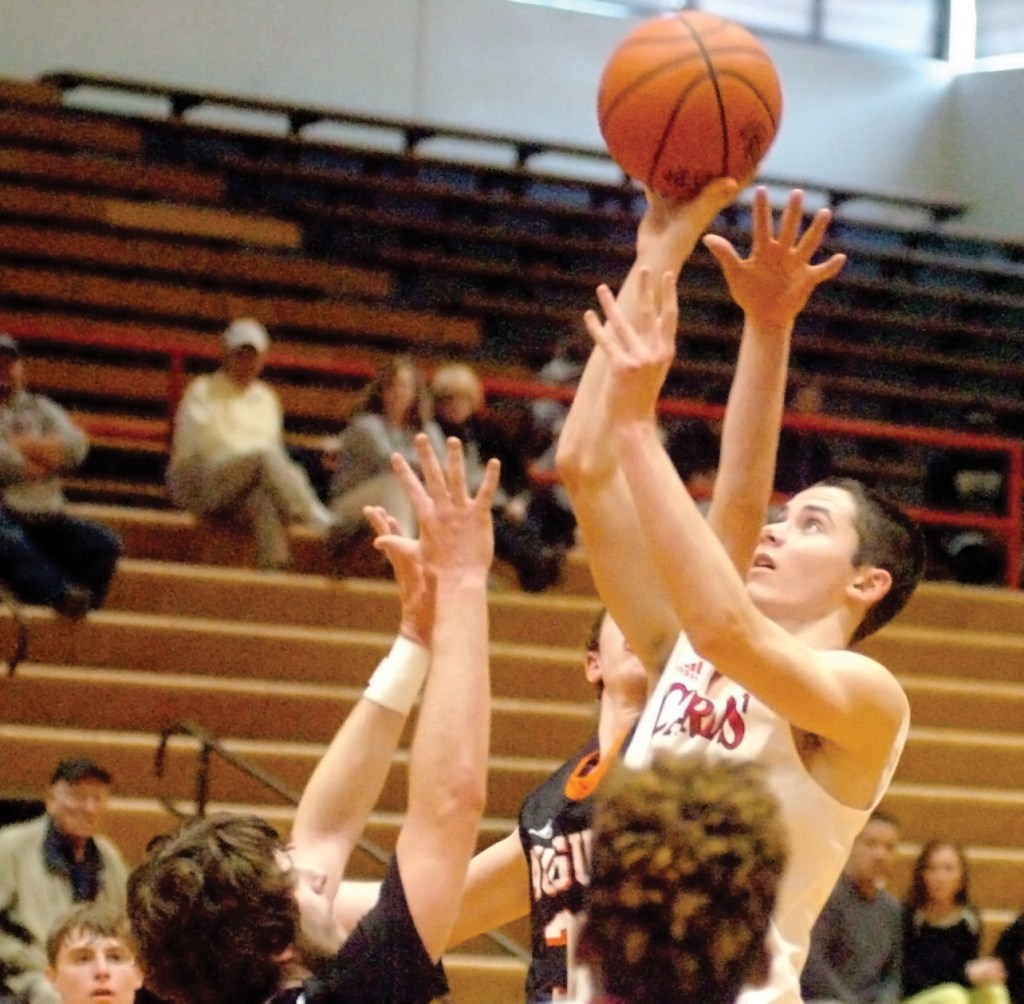 Sun file photo by Casey Castle The 2016 basketball Cardinals will rely on juniors like Ryan Cooper for leadership as they won’t have any seniors on the team when the season starts next month.

After previous coach Scott Humphrey unexpectedly stepped down just as the academic year got under way, Mercer County’s Josh Cook was hired to replace him.

And with football over, Cook and his staff can put the finishing touches on this year’s roster.

“We’ve got a great group of kids who seem to be buying into what we preach,” Cook said. “Practices have been really competitive. Kids are showing a lot of energy and want to get better.”

The season starts officially at the end of this month when the Cardinals travel to Nicholas County. They’ll take part in some exhibitions before then, trying to perfect Cook’s scheme.

“We’re trying to teach the kids to play a fast pace,” Cook said. “We’re trying to give them some freedom to make some decisions while playing high-energy, up-tempo style of basketball.”

Last year’s squad relied heavily on its four seniors, but this year’s team won’t have any.

“Ryan Cooper and Chase Taylor are showing a lot of leadership for us in the junior class,” Cook said. “Jordan Graham is really starting to realize his potential. He’s starting to see himself as a really nice player.

“A really good surprise for us is JJ Johnson, who works as hard as any kid in the program. He’s a really good athlete and he’s got a high motor.”

Cook said he should be able to rely on his bench.

“We had a lot of kids try out,” he said. “Our open gyms have had a ton of numbers. We’ve definitely got some depth and we feel like we’re developing it.”

The Cardinals will hope to improve on last year’s 15-15 mark while trying to advance to the 10th Region Tournament for the first time since 2014.

“I’m really excited,” Cook said. “I think come February and March, we’re going to make some serious noise in the 10th Region. I hope people will be patient with our kids and give them some time to learn and develop the system. The effort and the heart is there for this group of kids.

“They definitely want to make a statement and try to win.”

And if along the way they end the four-year, 11-game losing streak to Montgomery County? All the better, Cooper said.

“The ream is really coming together,” he said. “We’re talking a lot on the court, and we’re starting to learn and get used to where everyone is on the floor.”

The Cardinals open their home schedule at 4 p.m. Dec. 3 against Southwestern.

What’s next for GRC football?