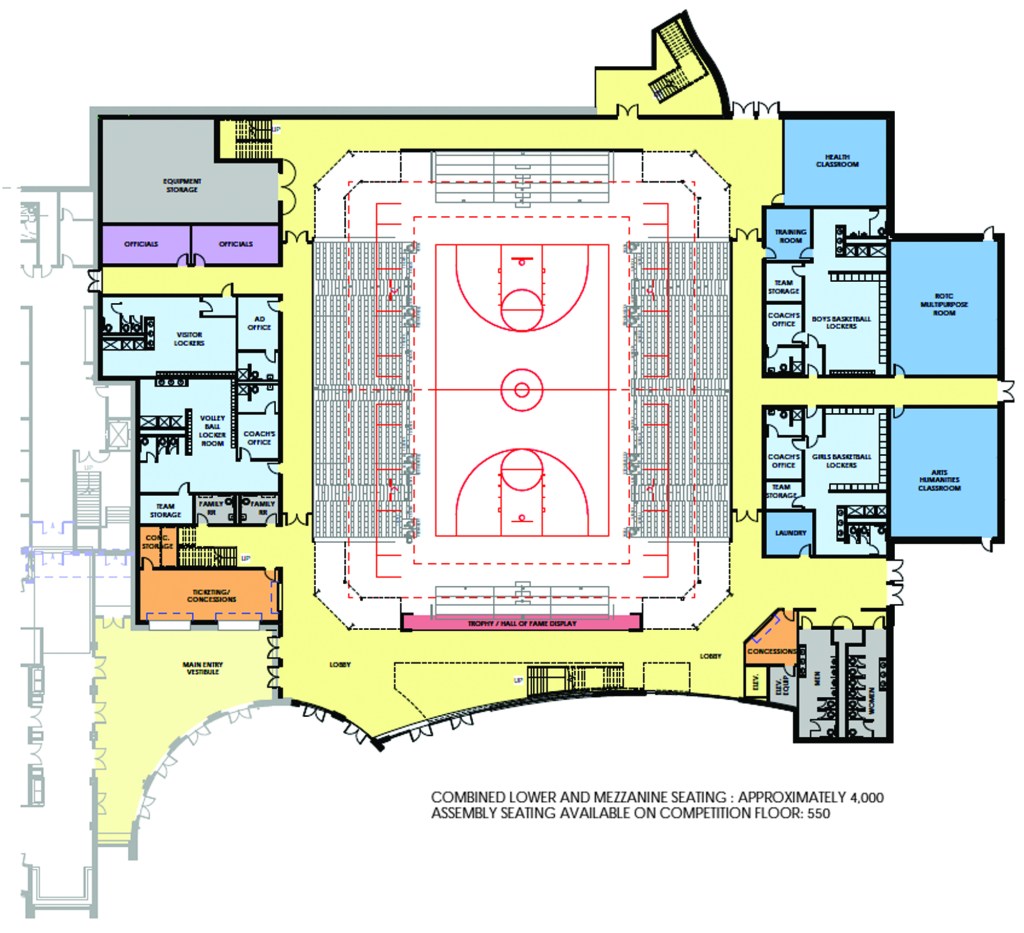 Photo submitted RossTarrant, the architecture firm hired to design the new competition gymnasium at George Rogers Clark High School, presented schematics for the project, pictured above, to the Clark County Board of Education Tuesday night. The 4,000-seat gym is projected to cost about $14 million and will be located adjacent to the auxilliary gymnasium and the Cardinal Theatre at the new school located on Boonesboro Road.

The schematics present a general overview of what features the district would like to have as part of the facility.

“If you notice under each of the goals there’s areas which are designed for students to stand, very much like what you would see in a college arena,” Stump said.

The adjustment has reduced the number of seats projected for the gym from 4,500 to slightly more than 4,000, he added.

The plans include four locker rooms, one each for the boys and girls basketball teams, the volleyball team and a visitor’s locker room.

Also included are two 1,200 square foot activity rooms, one labelled an arts and humanities classroom for dance classes and another to be used by GRC’s JROTC program that will also function as a multi-purpose room.

Board Member Todd Wilson said the room may be large enough to accommodate the school’s archery team as well as other sports.

“I would hope that at some point and time we would start wrestling here in Clark County,” Wilson said. “And that needs to be an area we need to look at so they can have a place to practice at.”

The plans also include a smaller health classroom, about 750 to 800 square feet.

The new competition gymnasium the first project in phase two of the high school, which will cost more than $14 million to construct. Phase two also includes a football, soccer and track complex with a fieldhouse, baseball and softball fields, and four tennis courts.

Funding for the project will come from bond sales. The district currently has a bonding potential just over $20 million for project funds.

While the board voted unanimously to approve the schematics, the plans must still go to the Kentucky Department of Education for approval.

The board also approved conducting a more specific site survey required for the design and construction process on the gym to continue.