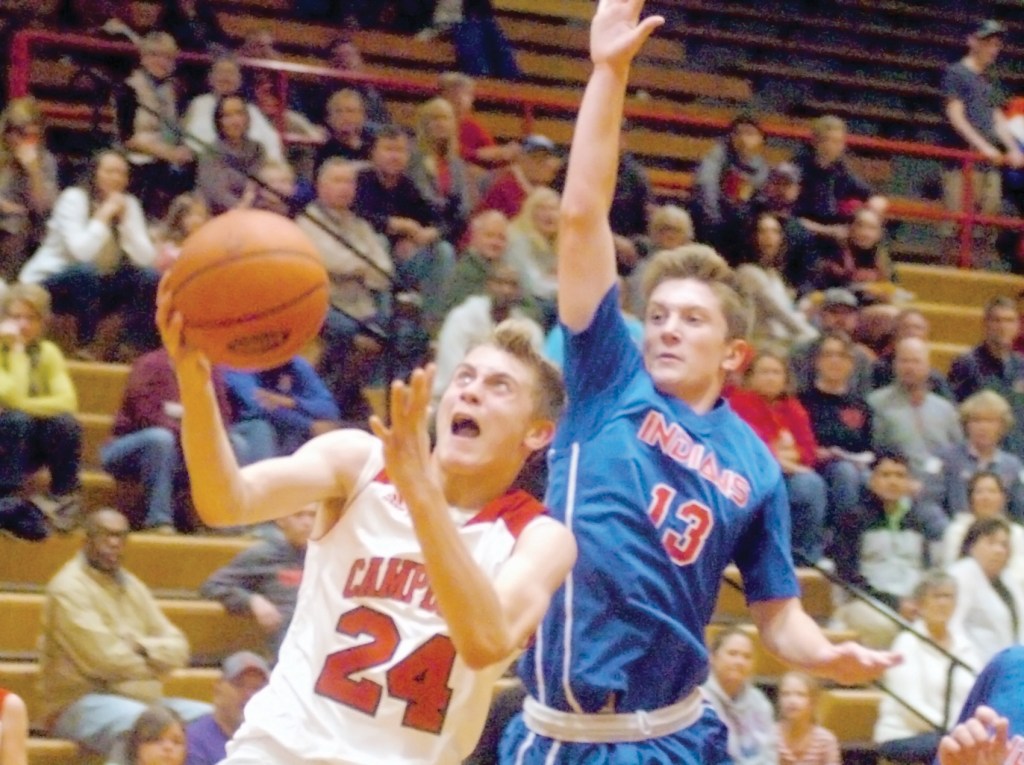 Casey Castle/casey.castle@winchestersun.com Campbell Jr. High’s Jaxson Davis scores on a drive to the basket during the eighth-grade team’s victory over McNabb at Letcher Norton Gymnasium in Winchester Monday.

The sixth-grade Cardinals won 34-22, pulling ahead with a big third quarter.

The Cards outscored McNabb 17-2. Jaden Nein scored six of his seven points in the third quarter to lead the charge.

In the seventh-grade game, the Cardinals got 23 points from Jerone Morton in a 67-47 victory. Morton scored 16 points in the second quarter.

Logan McCormick led the Indians with 14 points in the loss.

The in the finale, the Cardinals were forced to battle back. McNabb held a 15-7 lead in the first quarter, but RDC rallied to win 46-44.

The teams went into the locker-room at the half tied at 23.

The Cardinals seemed to assume control of the contest when they took a 10-point lead in the second half. But McNabb scored the game’s final eight points — the Indians’ own rally falling just short.

The Cardinals secured the win thanks to their effort on the boards, pulling down offensive rebounds  — by Jaxson Davis and Chase English — on two missed free throws in the final half-minute.

The cold doesn’t have to lock you inside