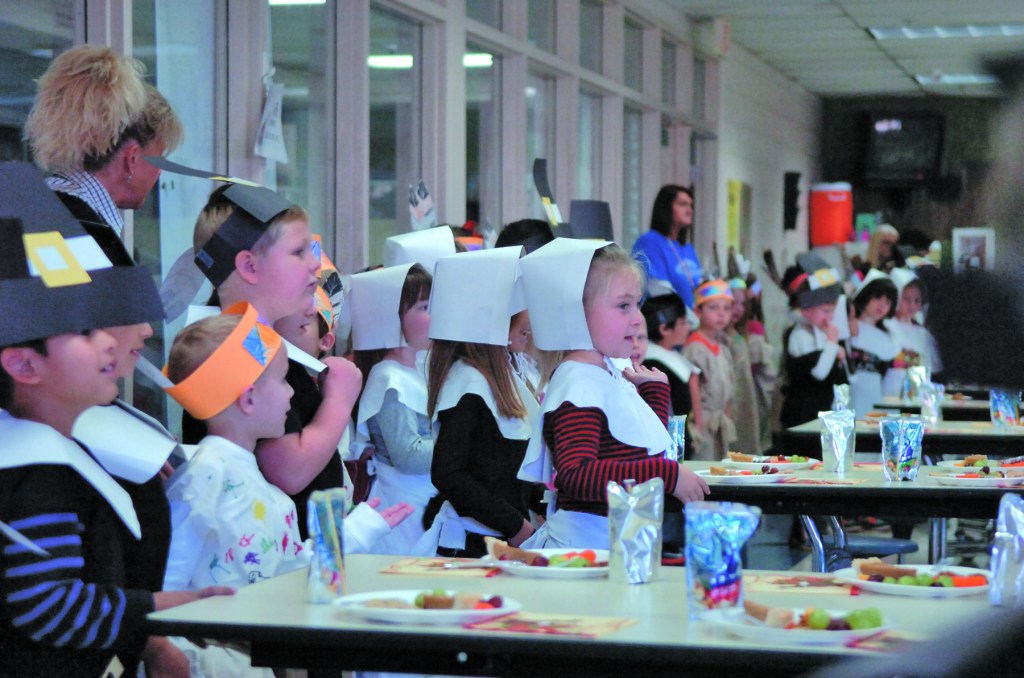 Kindergarteners at Strode Station Elementary were thankful for food, family and their teachers Monday afternoon.

The students, dressed as pilgrims and Native Americans, celebrated Thanksgiving in the cafeteria with their families and teachers.

According to Amy Shoemaker, a teacher at Strode, the lunch was a culminating event after all four of the classes studied the Mayflower voyage and the settling of Plymouth, Massachusetts.

“We also talked about how the pilgrims wanted to thank the Native Americans with a meal. We reenacted that meal,” Shoemaker said.

She added that the students helped create their own costumes for the event.

The classes were assisted by art teacher Christian Holladay as well as music teacher Laura Wilson, who led the students in two Thanksgiving songs at the start of the meal.

After the singing was complete the students went to their families to enjoy their lunch.