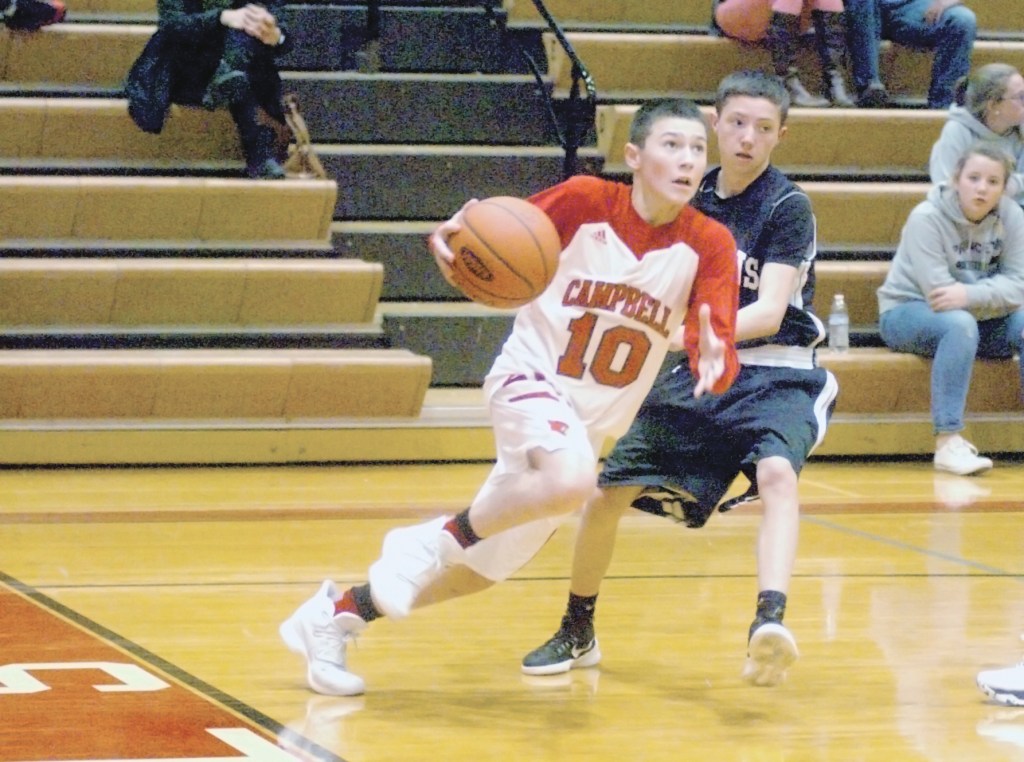 The Campbell Junior High boys basketball team isn’t in a hurry to celebrate Thanksgiving this week. The Cardinals played a pair of games to start the week, visiting LCA Monday and hosting Simons Middle Tuesday.

Hagan Harrison scored a game-high 28 points to lead the seventh-grade Cardinals to a 73-37 win over the Cougars at Letcher Norton Gymnasium Tuesday.

Harrison scored 20 of RDC’s 23 points in the second quarter.

The Cardinals were on the road Monday, earning a 43-18 win in the seventh-grade game. The Cards fell, 42-37, in the eighth-grade game.

In the eighth-grade setback, the Cardinals got 13 points from Manley, 10 from Dyer and eight from Faulkner.

Solving the 40th: Four questions heading into the girls’…