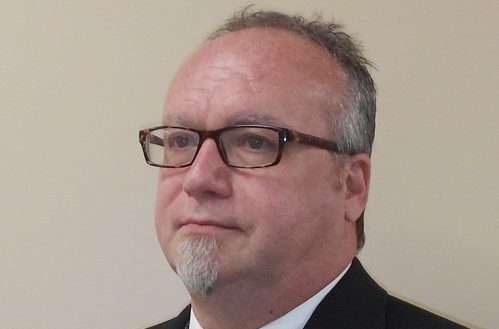 Every year at Christmas time, it’s common to see the bell ringers all over town standing at the red kettles of the Salvation Army.

Recently, I had an opportunity to speak with Maj. Randall Davis to learn more about what the organization does and how it is supported. According to Davis, there is a standard operating policy that applies to every community pertaining to donations and distribution. All contributions received in a county remain in that same community to be used for needs such as food pantries, clothing, youth camps, serving meals, nursing home visitation, emergency financial assistance, holiday food boxes and toys. Giving is not limited to financial gifts but anyone who would like to roll up their sleeves and give a hand is also much appreciated.

It is no secret that top executives of well-known charitable organizations make staggering salaries, however the Salvation Army commander who, by the way, manages a $2 billion annual outreach, makes a very modest annual income of under $20,000. Where some charities are only left with pennies on the dollar after salaries and expenses, the Salvation Army gives an amazing 93 cents of every dollar to help those in need.

They are actively involved with trying to help the less fortunate in 121 countries around the world and have their main office in London, England, where it was founded in 1865 by William and Catherine Booth. In the beginning of this Christian ministry, this inspired movement faced harsh opposition because as they preached the gospel on the street corners. Those who were going in and out of the bars were being spiritually transformed by the power of God. By publicly presenting the message of salvation, God’s word was having a positive influence on those who needed deliverance from sin but a negative impact on the lucrative businesses that sold alcohol and all the other associations with carnality, thus the Salvation Army was being used mightily by the Lord and still continues today.

According to Davis, there have been many people who have embraced the battle cry, “heart to God and hand to man” and this has been the driving force of his own personal vision and faith for over 50 years. People have always had problems and difficulties, and there is more need now than ever before. The goal has remained the same: to lead men and women into a relationship with God.

Through helping with basic material needs, this can develop trusting friendships and create opportunities to answer questions about spiritual issues. It is much easier to tell someone about God’s love when the immediate need has been taken care of, and  this actually is the pattern that Jesus used in His own ministry. Being wealthy and healthy is not the answer to our problems. There are treasures in our poverty if we know where to look and how to see.

Even though giving is admirable and associated with caring, it is the love and compassion we have for one another that is much more valuable than our contributions. It is much easier to toss in a few dollars and go our merry way without seriously thinking or praying for those in need.

It is recognized how the poor are the first to be impacted whether the economy is struggling or is booming, and many who are insensitive will accuse the poor of not trying to work or help themselves, but this is not always the magical answer in every situation.

There are many reasons for perpetual poverty and these exceptions are who the Salvation Army is trying to reach. Their mission statement reads: “The Salvation Army is a Christian evangelical movement. It’s message is based on the Bible. It’s ministry is motivated by the love of God. Its mission is to preach the gospel of Jesus Christ and to help meet needs in His name without discrimination.” “The generous will also be blessed because they share their food with the poor.” Proverbs 22:9.

Dr. Holland lives in Central Kentucky with his wife Cheryl, where he is a Christian author, outreach minister and community chaplain. To learn more visit: billyhollandministries.com.

Al Earley: Christmas means living with the past