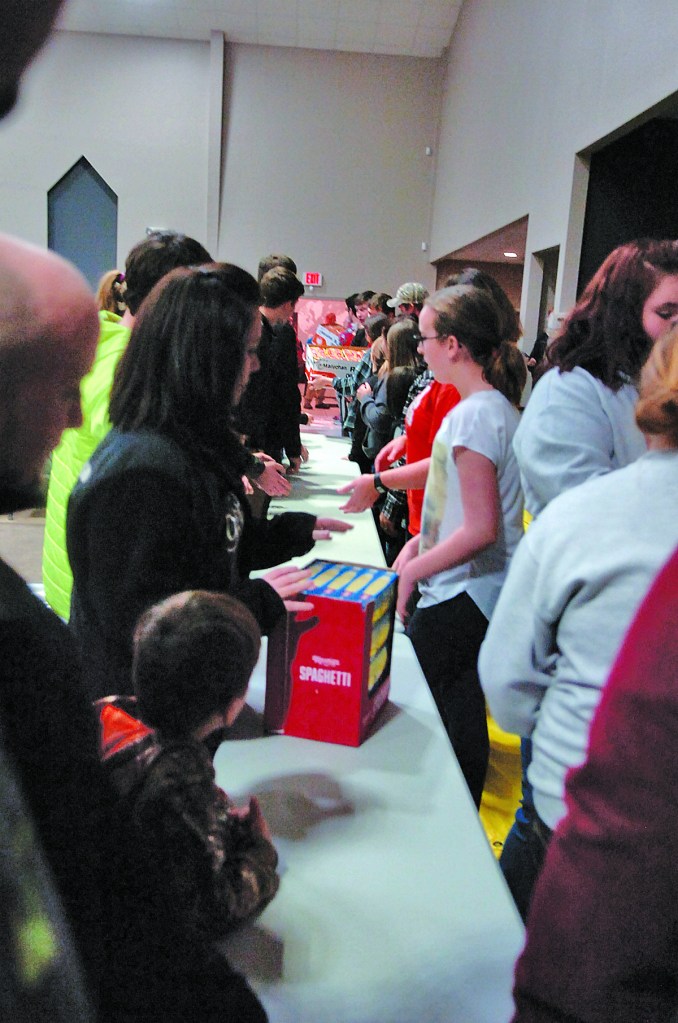 Hundreds of people crowded into Church of the Living God on Franklin Street Thursday night, carrying boxes with them unloaded from church vans and trucks.

The group was there to kick off the 2016 Impact Appalachia outreach program, where volunteers from churches around the country come together to bring Christmas gifts — as well as some basic necessities — to some of the poorest parts of the country.

Over the weekend, the group will split into four parts and travel to elementary schools in Wolfe County and Owsley County, as well as a county in Virginia and West Virginia respectively.

Randy Lawrence, National Youth Minister with the Pentecostal Church of God, said the program has grown since it first began in 2008.

Lawrence said the group spent Thursday night and part of today preparing for their trips by training volunteers and assembling gift packages. They will then spend the rest of the weekend traveling to their destinations and distributing what they have collected, along with providing a fun time for the people in the communities they visit.

“It’s a fun Christmas program,” Lawrence said. “We give gifts to all the kids, there’s face painting, singing and games. Santa is going to be there.”

The groups also raffle off larger presents, like more than 100 bicycles that have been collected over the course of the year.

Every student at the school will also receive new winter clothes, in addition to a box of food items to take home.