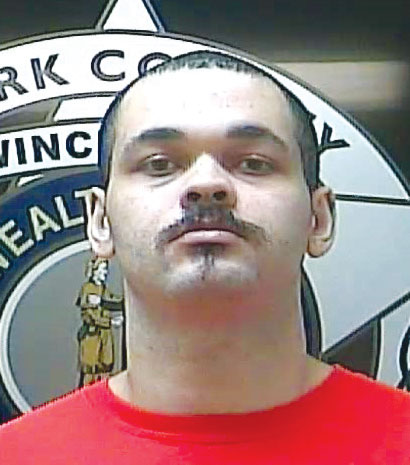 A man with a history of mental health issues and charged with three assaults was found competent to stand trial Tuesday morning.

Brandon Hocker, 29, is now scheduled to be tried for one of his three cases on March 20, 2017. Court officials said prosecutors will decide which case they will try first.

Hocker’s competency hearing was closed to the public and the report from the Kentucky Correctional Psychiatric Center was sealed by the court.

On the docket sheet, Clark Circuit Judge Jean Chenault Logue wrote that Dr. Amy Trivette from KCPC testified during the hearing Tuesday. Logue wrote her decision was based on the evidence presented.

A status conference was also scheduled for Feb. 9.

Hocker has been incarcerated since May 2013, when he allegedly stabbed his girlfriend following an argument at her apartment on College Street.

He was arrested the following morning by Winchester Police, during which he allegedly threatened to eat one of the officers.

During that incarceration, he was charged with an additional assault count after he allegedly assaulted a fellow prisoner inside the jail.

The third happened last summer, when Hocker allegedly hit and injured Clark County Jailer Frank Doyle following a court appearance in August 2015. Hocker had just been escorted from the courtroom by Doyle and bailiffs when he reportedly swung at Doyle with his handcuffed fists. Doyle received 20 stitches, and several deputy jailers were called over to restrain Hocker and bring him back into control.

Two years ago, Logue ruled Hocker was not competent and dismissed the charges without prejudice so he could be involuntarily committed for treatment for mental issues. When Hocker was released from the hospital, the charges were reinstated  and he has been incarcerated ever since.