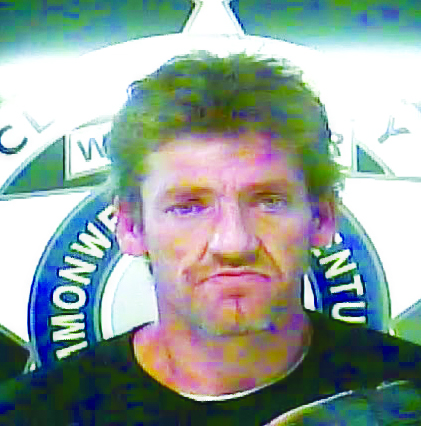 A traffic stop led police to a mobile meth lab in a vehicle during the weekend.

Edward Jordan, 43 of Irvine, pleaded not guilty Monday to multiple offenses from the stop, including manufacturing methamphetamine, unlawful possession of meth precursors and first-degree possession of a controlled substance.

According to court documents, Winchester Police officers stopped the car shortly after noon Saturday on South Maple Street after it made an erratic lane change and because there were large amounts of copper wire and construction tools visible through the open trunk.

During a search of the car, officers found multiple components of a meth lab, including a plastic bottle containing a powder residue and liquid from making meth. Officers also found a plastic bag containing a white powder which tested positive for methamphetamine.

Winchester Police Capt. Harvey Craycraft said the Kentucky State Police was called in to neutralize and dispose of the lab.

“He had all the makings of a one-step lab,” Craycraft said.

Finding one-step labs in a vehicle are rare in Winchester, he said, but not unheard of.

“It happens a couple of three times a year,” he said, “or we’ll find the precursors a lot of times.”

During his arraignment in Clark District Court Monday, Jordan pleaded not guilty to all charges, which included manufacturing methamphetamine, unlawful possession of a meth precursor, first-degree possession of a controlled substance, careless driving, improper windshield and driving on a suspended operator’s license. He was also served a warrant from Estill County, according to court documents.

His bond was set at $2,500 cash and a preliminary hearing was scheduled for Dec. 14. He remains in the Clark County Detention Center.