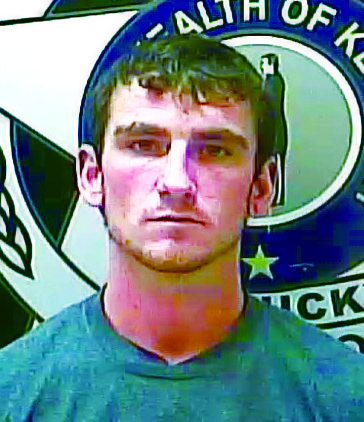 A Winchester man pleaded not guilty to allegation he punched an 8-year-old boy in the face a week ago.

Brian Thomas Jones, 26, of 10 Heather Lane, was arrested on a single count of first-degree criminal abuse after the child’s mother took out a warrant Nov. 29. Jones was arrested that day in Nicholasville by the Jessamine County Sheriff’s Office, according to court documents.

The child’s mother reported the incident Nov. 29 to the Clark County Sheriff’s Office. In the report, she told deputies she was bathing another child that morning while Jones, who is the child’s stepfather, woke the others for school. When she checked on the child later, she said he had a bloody nose and a bruise under one eye. The child later admitted Jones hit him in the face.

The mother said she asked Jones about it later, but said he denied it and became defensive.

Monday afternoon, a Clark County judge entered an automatic not guilty plea on Jones’ behalf for the felony charge. A preliminary hearing was set for Dec. 14 in Clark District Court. The judge also reduced Jones’ bond from $25,000 cash to $5,000 cash. Jones remains in the Clark County Detention Center.