Winchester man pleads not guilty to DUI, theft of truck 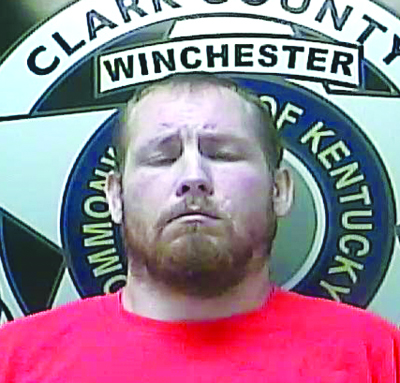 A Winchester man accused of stealing a truck and destroying it in a pursuit with Winchester Police made his first court appearance Wednesday.

William Benningfield, 28, of 250 Mutual Ave., is facing nine charges from the Nov. 5 incident including reckless driving, driving under the influence and theft by unlawful taking.

Police waited to file charges against Benningfield until he was released from the hospital following the crash, which broke the pickup truck he was driving in half.

The judge entered an automatic not guilty plea and scheduled a preliminary hearing for Dec. 14 and appointed a public defender to represent him.

According to Winchester Police, officers stopped a white Chevrolet Colorado on Belmont Avenue around 3 a.m. Nov. 5 for a suspected driving under the influence offense. The driver, who identified himself as Benningfield, told officers he did not have his driver’s license or proof of insurance. Benningfield sped off while officers confirmed who owned the truck.

Officers lost sight of the truck. Officers, though, drove upon the wreckage at Harkins Drive. The driver, later identified as Benningfield, had lost control of the truck, struck both a concrete pad and a utility pole. The truck broke apart, separating the bed and the cab. The two parts ended about 40 feet apart.

Police also found two open alcoholic beverages among the debris at the crash scene, according to the arrest warrant.

Benningfield was ejected and was transported to the University of Kentucky Medical Center.

The truck, owned by Robert Mohr, was reported stolen about an hour after the pursuit and crash.

He was charged with no brake lights, reckless driving, first-degree fleeing or evading police, first-degree criminal mischief, possession of open container of alcohol in a motor vehicle, driving on a suspended operator’s license, failure to produce insurance card, driving under the influence and theft by unlawful taking (auto).

He is being held on a $10,000 cash bond in the Clark County Detention Center.