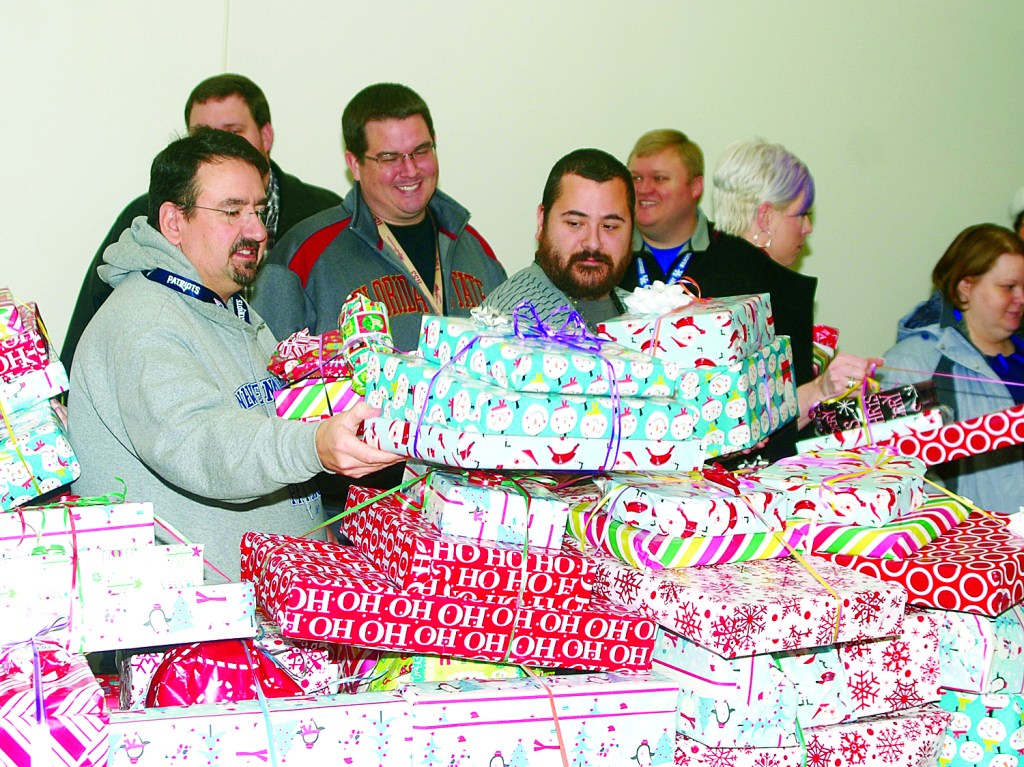 Amazon ships thousands upon thousands of Christmas presents, but Friday they made a special delivery.

Employees at the Winchester facility bought and wrapped presents for 110 children on angel trees for The Salvation Army. Army officials and volunteers arrived Friday afternoon to accept the gifts to be distributed later this month.

“Our site loved doing it last yer and we wanted to do it again,” said Amazon administrator Britany Burrus. “Our team leads and managers assigned a child age group and they shopped for that age and gender.”

Tables in one of the conference rooms at Amazon were covered with wrapped and bow-festooned stacks of presents for as-yet unknowing children in Clark County. Groups of employees carried pile after pile of presents out to waiting vehicles, including at least a couple guitars.

Salvation Army volunteer Shannon Cox said other sponsors do the same for the angel tree project.

“Amazon is not the only corporate partner we have,” he said. “They buy gifts for a number of kids to make sure no one gets left out.”

Cox told the group of one situation last year where kids might not have had a Christmas if not for Amazon and the other partners. Cox said he got a call on Dec. 23 about two children in foster care from western Kentucky who were moved to Clark County that day.

“The foster mother called me in tears because they were not going to have a Christmas,” Cox said. There were enough presents left over, he said, to make sure those foster children had presents for Christmas morning.