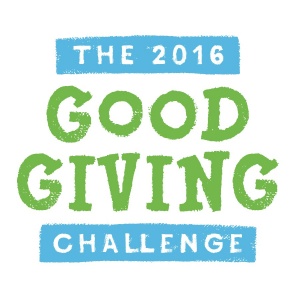 A dozen Clark County nonprofits will have the chance to earn up to $30,000 in additional prize money thanks to an anonymous donation to the GoodGiving Challenge.

The Blue Grass Community Foundation announced Tuesday a $100,000 anonymous donation to the annual online giving campaign. With the additional money, prizes will be given to the five nonprofits with the most donations. Prizes of $30,000, $25,000, $20,000, $15,000 and $10,000 respectively will be awarded based on the total dollars earned.

In addition to these prizes, the Clark County Community Foundation will provide a dollar-to-dollar match up to $10,000 for each of the local participants.

Last year, Clark County Community Foundation provided more than $113,000 in match dollars; an additional $155,000 was raised by participating nonprofits for a total of $269,000.

The GoodGiving Challenge, which is hosted by BGCF and Smiley Pete Publishing, began Nov. 29 and will continue until 11:59 p.m. Dec. 31.

Since its inception in 2011, The GoodGiving Challenge has raised more than $5.5 million for Bluegrass nonprofits, making it among the most successful giving events in Kentucky.

Two weeks into the challenge, Clark nonprofits have raised $80,817.

Totals for the participating nonprofits as of this morning were:

Several local nonprofits are also on the Top 10 leader boards for the challenge. On the leaderboard for most dollars raised by small nonprofits, Partners in Education is first, Clark County Homeless Coalition is second, New Beginnings of Winchester is fourth, Leeds Center for the Arts is sixth and Bluegrass Heritage Museum is ninth. For more dollars raised by large nonprofits, St. Agatha Academy is first, STRIDE is fourth and Rose Mary C. Brooks Place is fifth.

To learn more about the challenge, research participating nonprofits or make a donation, visit bggives.org.