One killed in early morning fire 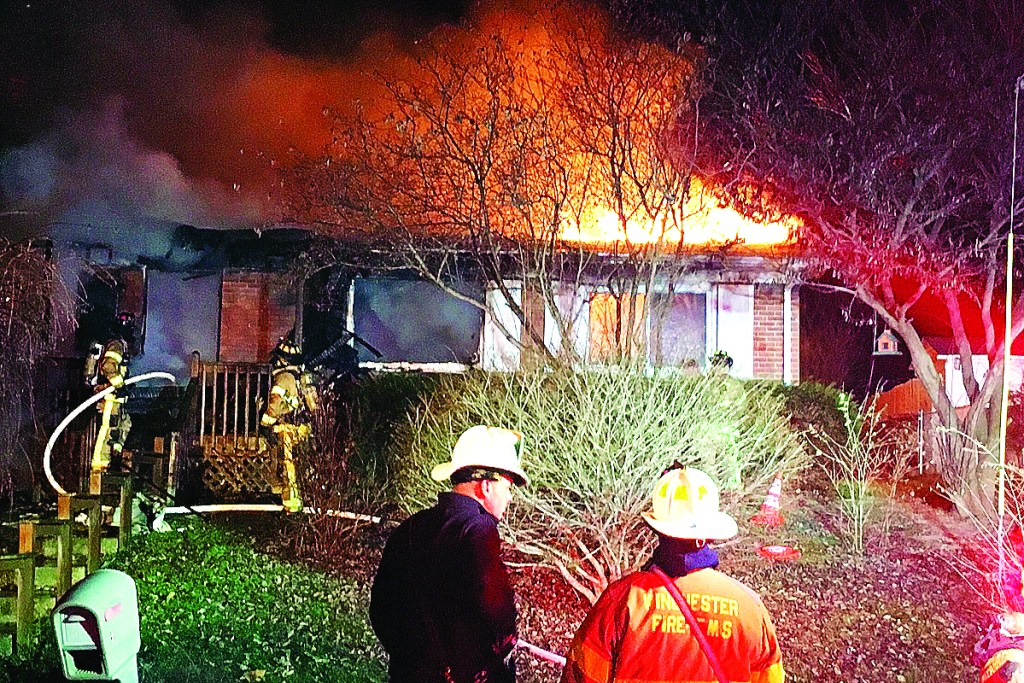 Investigators were still on the scene this morning of a fire that killed one person on Navajo Trail.

At press time, the identity of the victim has not been released.

Winchester Fire-EMS Battalion Chief Jason Keller said the fire was reported at 4:23 a.m. as calls of smoke and fire in the area came in, and was later pinpointed to 2 Navajo Trail.

Keller said after firefighters arrived, relatives confirmed there was someone inside the single-story house. There was so much fire, he said, firefighters had to fight the fire before they could enter and search for the person.

“The whole house was on fire,” he said. “It was an extensive fire that did quite a bit of damage.”

Keller would not release where the body was found within the house, or the person’s identity. Keller said another person lived in the house, but was not home last night.

Investigators from Winchester Police, Winchester Fire-EMS, Kentucky State Police and the Kentucky Fire Marshal’s office were looking into the cause and point of origin of the fire.

“Whenever there’s a fatality, the arson task force is called in,” he said, adding it doesn’t necessarily mean the fire is suspicious. “The extensive damage will hinder their investigation a little, but they should be able to” determine the point of origin.

Keller said most firefighters, including a second alarm for additional manpower, cleared the scene around 7 a.m.

Frigid temperatures caused additional considerations to keep hoses from freezing up, he said.