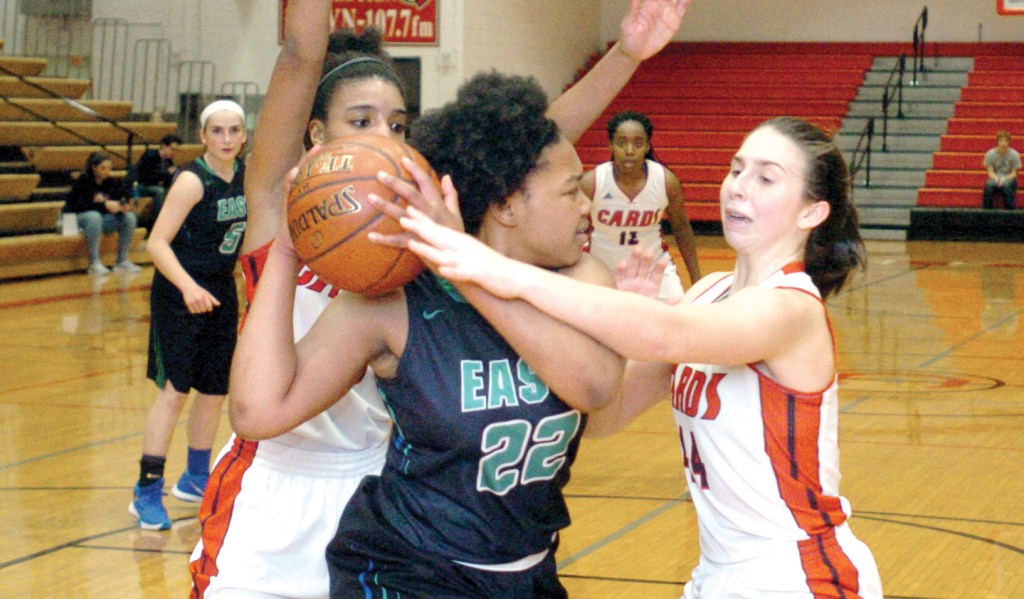 The Cardinals cruised to a 79-31 behind a pressuring defense that forced 37 turnovers. The Cards scored 44 points off those miscues.

While GRC (6-0) used a press for most of the game, it changed up which flavor, even showing off a half-court trap at times.

Despite a cool start from the floor, the Cardinals still managed a season-high in points as a team.

Igo had five assists and Behanan had a team-high six rebounds.

The Jaguars (0-5) got 19 points from Jalynn Landversicht. The next highest scorer for East was Hannah James with five points.

The Cards are right back in action tonight when they take on Danville (3-3) at 6:30 — the first game in a girl/boy doubleheader at Letcher Norton Gymnasium. The boys take on district foe Bourbon County in the second game.

“It’s a chance to see where we are with our conditioning. It’s our first look at back-to-back games this season,” Graham said. “(Danville) will use a 2-2-1 press. They’re real athletic and will look to trap passes. We will look to attack the front of the rim.”