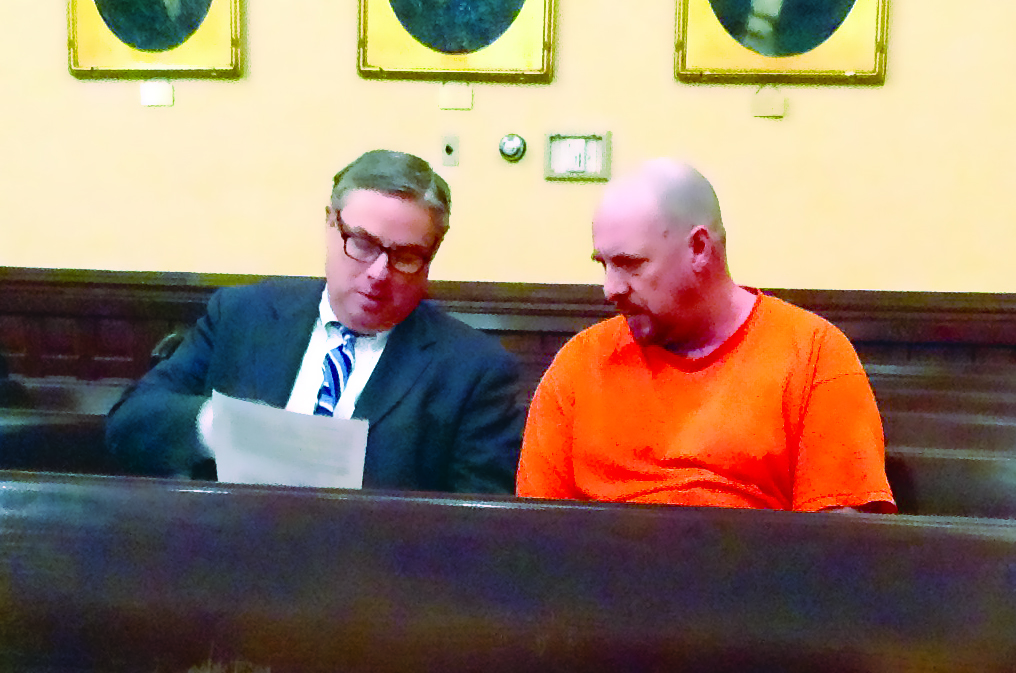 Kirk Garrett will serve most of the next two decades behind bars after pleading guilty to murder Thursday afternoon.

Garrett, 48 of Richmond, was charged with murder for the May 13, 2015, death of Roy Combs and wounding of Billy Combs at a rock quarry in Clark County.

Garrett admitted in court to shooting Roy Combs point-blank in the face with a handgun following a convoluted tale of payback.

Garrett was sentenced immediately to 20 years for murder and five years for second-degree assault, which was amended from attempted murder. The sentences will run concurrently and Garrett must serve at least 85 percent of the 20 years before being eligible to meet the parole board.

Garrett said Thursday the situation started after he was told Coleman hit Garrett’s daughter, and the two Combs, who are cousins, assaulted Coleman in return. He also said another person said the Combses took money from  Garrett.

From there, a plan was developed for Garrett to bring the Combses to the quarry.

“I told them we were going to buy some dope,” Garrett said.

Garrett said he picked them up in Madison County, and the other three met them at the quarry where the assault began. Garrett said they started walking down the road “into the weeds” when he shot Roy Combs. He said Mattingly had a shotgun, and he heard other shots fired as Billy Combs ran away. He eventually escaped with a shotgun wound and called for help.