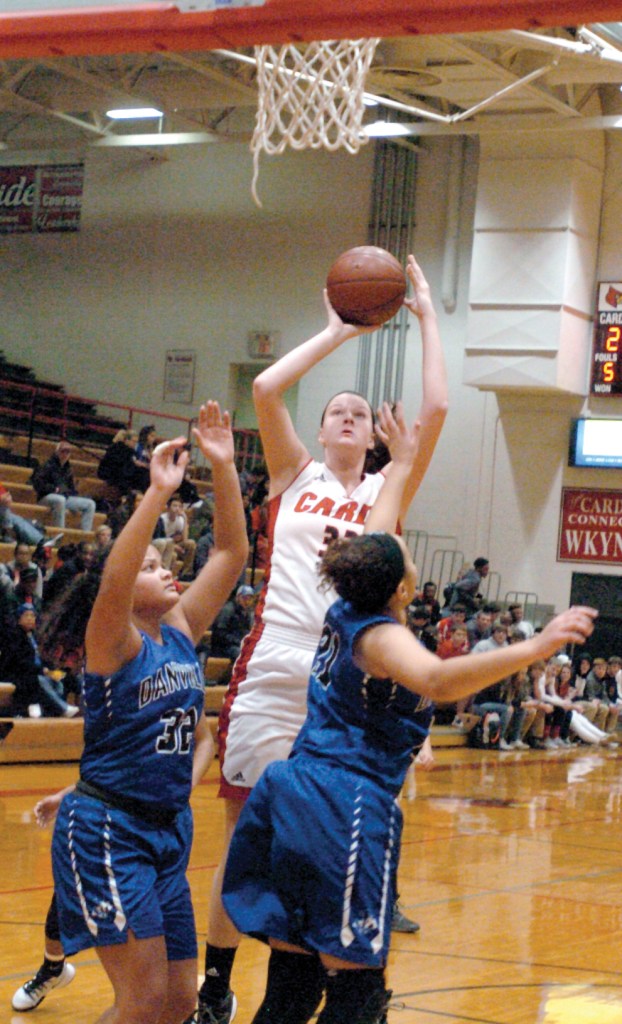 The Cardinals nearly doubled up the Admirals in rebounding (43-22) in a 75-63 victory, the second in as many nights.

“They are a tough matchup for us,” GRC coach Robbie Graham said. “They don’t have a true post player so Elizabeth (Hardiman) has to go out and defend on the perimeter.”

While she might have been out of her element defensively, she looked comfortable offensively. The senior scored 17 points, hitting on seven-of-eight attempts, just a day after scoring just three points and collecting three rebounds in a lopsided win over East Jessamine.

“We need her. We think she can dominate games,” Graham said. “She had a different look about her tonight.”

GRC (7-0) also got big nights from Bell and Behanan. Bell had a team-high 18 points and pulled down 11 rebounds.

“In the fourth quarter, it seemed like Bell looked up at the scoreboard and saw they were making a run and thought, ‘I need to put a stop to this.’ I know she is just a sophomore, but she has the chance to be really special.”

Behanan also grabbed 11 rebounds — seven of which were offensive — and scored 12 points.

“I’m proud of the way we played,” Graham said. “We’ve not had a lot of teams press us. It’s hard to simulate that speed in practice.”

Danville (3-4) did nearly all its damage from two spots on the floor. Both Ivy Turner and Alyvia Walker scored 28 points. Two other Admirals combined for seven points.

The Cardinals were 15-of-27 at the free-throw line, and Graham said his team will have to clean that up as the season goes on, but he did like how his team spread the ball around — the Cards collected 15 assists on 28 field goals.

Still, he doesn’t want his team getting too pass-happy.

“We’re passing up shots too much,” he said. “Sometimes we are passing up better shots than the one we get out of the pass.”

Harrison, who finished with five points and six points, was Graham’s prime example.

“She’s an excellent shooter,” he said. “We want her to take those shots when they are available.”