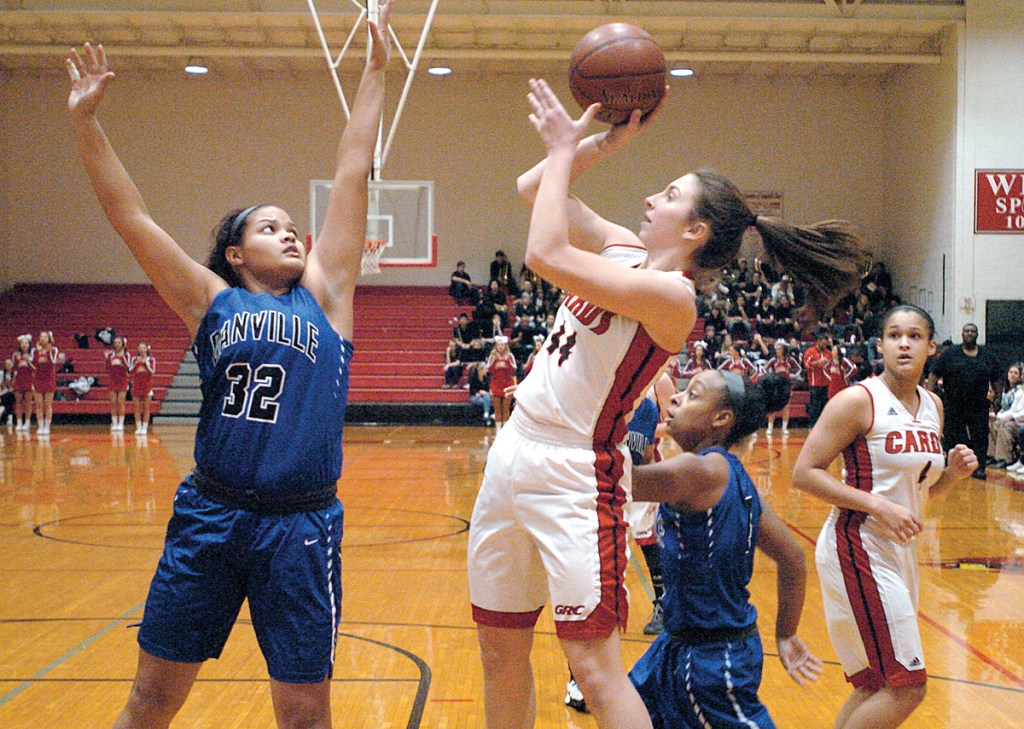 In the second round of the Franklin Family Chevrolet Holiday Jam in Nelson County Wednesday night, the George Rogers Clark High School girls basketball team found itself matched up against another team with a spotless record.

Green County — which had cruised through its first  eight games — got a game-high 27 points from Mya Schrembs, but it wasn’t enough.

GRC (9-0) led by four at the end of the first quarter, but the Dragons (8-1) tied it at 32 at halftime. The Cardinals and their balanced offense got the edge in the second half.

Kennedy Igo and Hayley Harrison each had 13 points to lead the Cardinals.

Nelson defeated East Jessamine and Rockcastle County to get into the final.

Nelson is led by Marly Walls (18.2 points a game) and Shyla Calbert (15.8). Kira Harmon is averaging nearly a double-double with 9.3 boards a game and 8.5 points scored.

Cards thunder past Tomcats; girls get tourney win at…