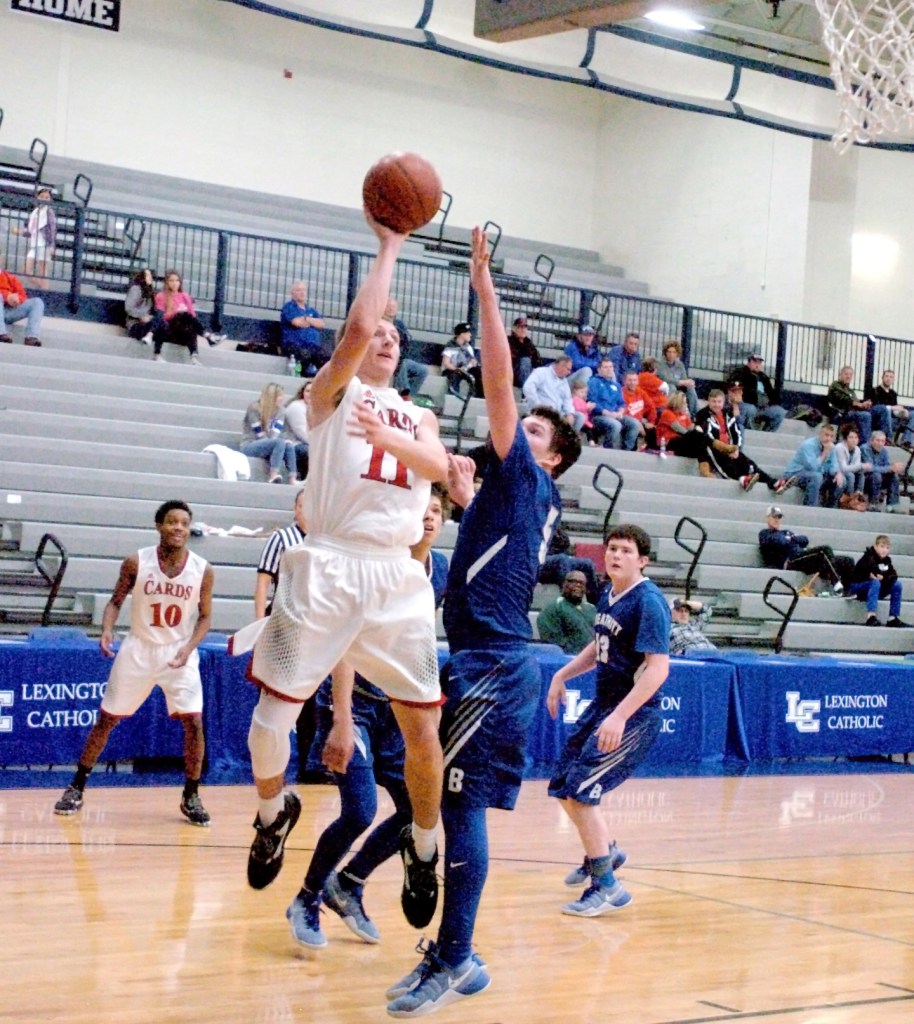 Casey Castle/casey.castle@winchestersun.com GRC’s Chase Taylor puts up a shot in the second half of the Cardinals win over Breathitt County at Lexington Catholic Tuesday. Tydarius Clark, No. 10, looks on.

The Cardinals out-rebounded the Bobcats 38-24 and forced 19 turnovers on their way to a 77-46 win at Lexington Catholic.

GRC (7-4) got 20 points from Ryan Cooper and four other players were in double figures.

“They really do a good job sharing the basketball and that helps us longterm,” GRC coach Josh Cook said.

Despite the zone, which typically helps teams collect rebounds, the Cardinals won the battle of the boards.

“We’re going a good job on the glass,” Cook said. “The game is changing. You still have to box out, but sometimes you have to go and get it.”