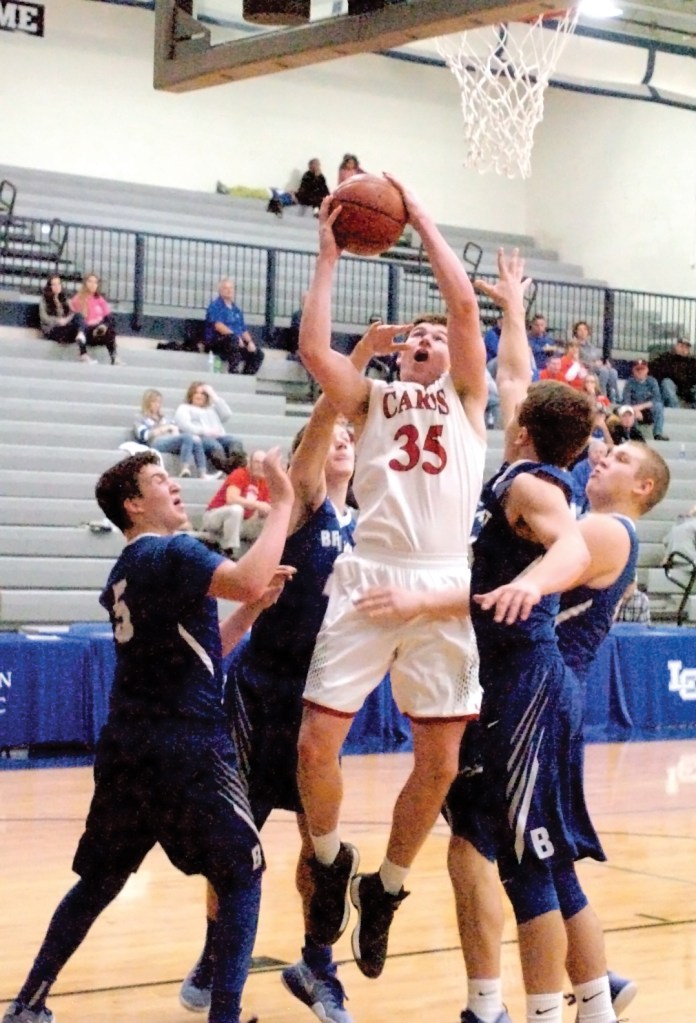 But the Cardinals showed grit by winning two quarters against one of the state’s best teams in a 74-60 quarterfinal loss in the Tradional Bank Classic.

GRC (7-5) rallied to close to within nine points at the halftime break despite trailing by 16 points multiple times in the first half. The Cards also trailed by as many as 20 points in the second half.

“We showed some strides,” GRC coach Josh Cook said. “We were a little timid tonight and an experienced team stuck it to us. That’s something we can learn from. I’m proud of the kids. They fought back and tried to make a game of it.”

Catholic (7-5) was never threatened after surviving the Clark push in the second quarter.

“They are a really good team,” Cook said. “I told the kids, ‘Every one of these teams are a Top 25, Top 30 team. You have an opportunity to get better and learn. Play the possession and not the score and try to make yourself better.’”

Ryan Cooper led the Cardinals with a 19-point night. He was seven-of-10 from the floor and four-of-six from 3-point range.

Jordan Graham scored 13 points and Will Philpot had 11 points and five rebounds.

The Knights got 30 points from Luke Johnson to lead all scorers.

The Cardinals are back in action tonight against Perry County Cental, tipping off at 7:30 p.m. The Commodores (8-4) lost to Lafayette, 72-68, in overtime Wednesday night.