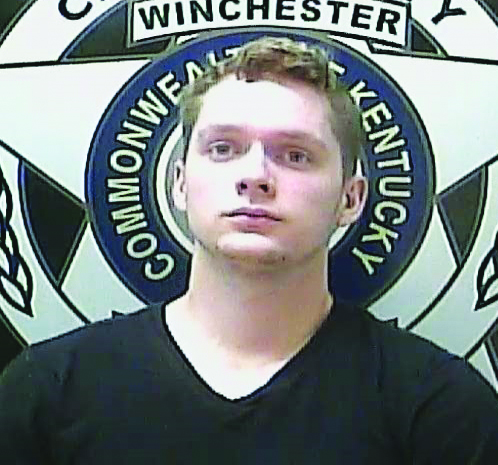 Police charged an Irvine man with speeding and drug charges after clocking him at 109 mph on the Mountain Parkway Wednesday morning.

Tory R. Peyton, 22, is facing multiple charges after he allegedly failed to stop for a state police trooper on the parkway in Clark County. According to the arrest citation, troopers observed a dark blue BMW sedan traveling at a high rate of speed in the westbound lanes around 10 a.m. As troopers tried to catch up to the car, radar recorded its speeds between 92 and 109 mph, before it took the exit at Kiddville Road.

The car eventually stopped at Goff’s Corner Market and Peyton reportedly admitted to fleeing from the police. Following his arrest, troopers found a small amount of marijuana inside the car including several items of paraphernalia including digital scales, a glass pipe, five packages of rolling papers and a grinder with marijuana inside.