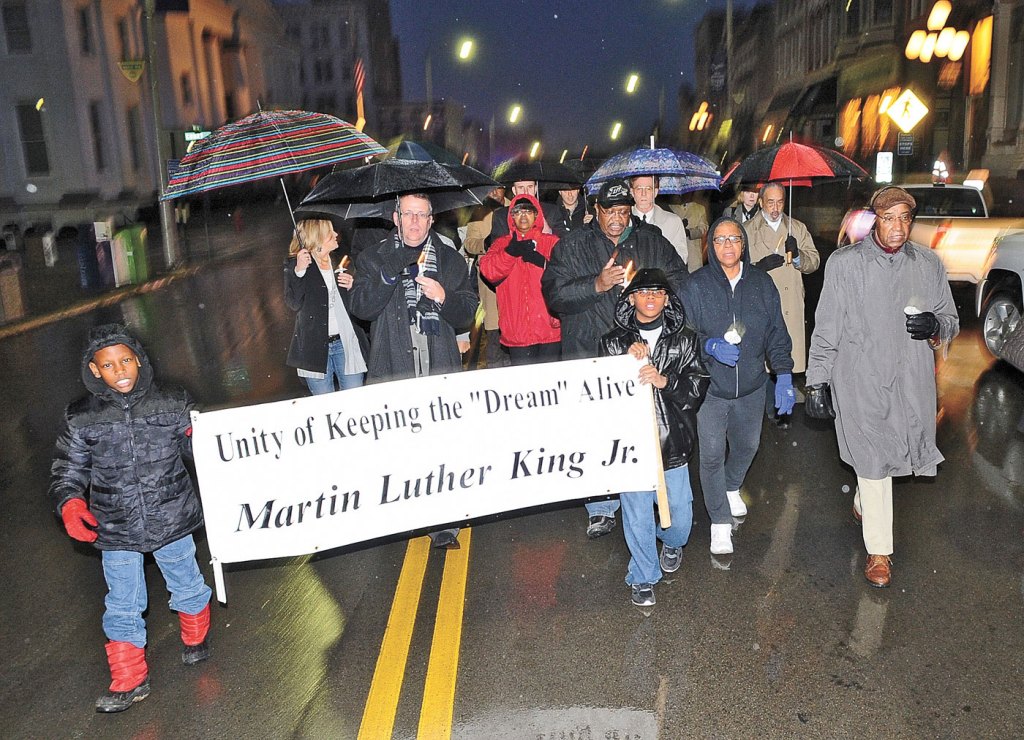 Participants make their way up Main Street during a previous Unity March in honor of Martin Luther King Day in 2017.

The event will begin at 10 a.m. Jan. 16 at the St. Joseph Fellowship Hall, 248 S. Main St. Organizer Deatra Newell said the morning will begin with a meet and greet followed by a breakfast served at 10:30.

The celebration is free and will be open to the public until it ends at 2 p.m.

The event will feature two speakers native to Winchester. The first will be Sheila Hill, founder of Sassy Frassy, an organization that provides academic scholarships to young at-risk girls to assist them in attaining higher education. Also speaking at the event will be SEC legend Wilbur Hackett Jr., the first black team captain in the Southeastern Conference.

The event will also feature a contest among students from the elementary schools to draw a logo for the group, which is in the process of becoming a non-profit organization.

The winner of the contest will have their designed logo used on all of the unity committee’s stationary and envelopes, Newell said.

“We try to incorporate children of all ages into the event,” she said. “We need to give them good examples and teach them to carry on the legacy of Dr. King.”

Music for the event will be provided by the George Rogers Clark High School jazz band and the GRC Chorus.

“We try to keep it interesting and engaging for the people who attend,” Newell said.

The committee was started in 1986 after President Ronald Regan declared MLK’s birthday a national holiday.

It’s purpose was to ensure the community came together each year to recognize and commemorate King’s life and what he stood for. It has done so ever since with an annual march and celebration.

The event also serves to set the tone of the group for the upcoming year. Newell said this year the group is focussing on the theme of “service.” For the unity committee, that service will manifest itself in the coming year through events and programs helping veterans.

Service will start at the event, as the committee will honor the veterans of the American Legion Tyler Banks Post 204, which was located at the corner of Washington and Maple streets until being recently demolished. Newell said the demolition caused many in the community to be upset because of the lodge’s historic significance.